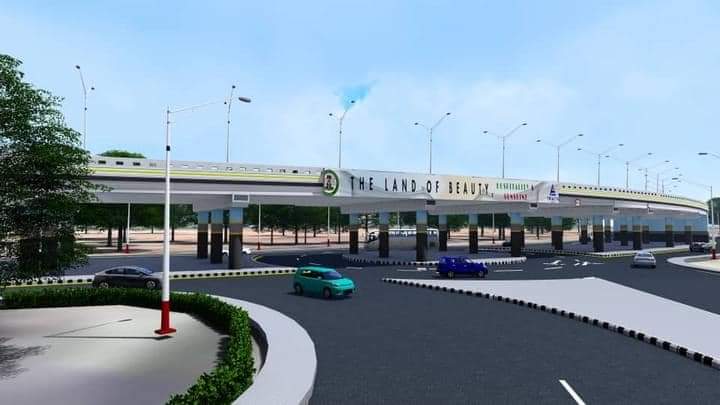 The Periscope Mood Of The Moment

Now the projects on flyovers in Yola the Adamawa state capital were flagged of. The activities have had plural understandings; some electorates saw the projects as a misapplication of priority when the flood prone areas are not addressed, when some roads are not motorable, when minimum wage is yet fully implemented and when Adamawa state capital has not gotten such traffic that would warrant building flyovers for a solution.

The electorates who greeted the flyovers dream with delight and would want to celebrate its actualisation, articulated that it would be an additional aesthetic to the state.

The pessimists to the realisation of the flyover dream wondered when the project would ever get to be completed, in a sense that the state government has been complaining of leaned financial resources; “the completion period, if at all, could take more than 8 years.

The faithful to the flyover initiative would argue, based on the premise of the promised completion period dictated by the state government; “We take Fintiri by his words. When he said 18 months or any targeted completion period, so be it.

“When former governor Boni Haruna came up with the idea of floating state university, the pessimists thought it would be mission impossible. As we have ADSU Mubi so shall we have flyovers against all odds,” they would say.

The next conversation has been on the “holdups”, the “traffic jam”, with blocking of roads as a result of the work on the flyover.

While those who were not happy with the development argued that alternative roads ought to be initially provided, those promoting the project would argue that motorists should be patient as the new normal would only but be temporary.

Was it on Democracy Day, celebrating one year in office?

Nongovernmental organisations and associations were invited for an interactive session with Adamawa state governor. To be in tune with the Covid-19 containment protocol relating to physical distancing, only the chairmen or the presidents of the organisations so invited would attend. The use of face mask was 100% from the gate leading to the government house on that day.

However, some organisations, for reasons known only to them, send more than one representatives, thereby denying leadership of other organisations invited, their would be allocated seats.

NEON and other leadership of media organisations invited as participating audiences were in attendance. The number of newsmen was impressive at the venue. However the event, other than life coverages by Viewer new TV and the Fresh Air online TV, along with the state’s owned media, was grossly underreported, more particularly, at the national and international levels.

The mainstream and online media have not made news of it, untypical of the experiences with other sates, particularly in the northeast.

“The mainstream print media and the online have metaphorically declared blackout to the event.

“As you recognise one, so shall be applied onto the other or others. We can’t use our resources, playing charity to the government that is richer than us. We gave her free publicity services for one year. We think that she should also understand,” one of the online publishers, explained.

The chief anchor at the interactive session was chief Timaus Mathias, the veteran journalist. Issues on and about how governor Fintiri got the names ATM governor and Fresh Air governor, along with the security were raised.

The question that however makes current to this piece and that which held the venue in a dramatic silence before the swift response is when Timaus asked whether or not “flyover is necessary in Adamawa state?”

Responding, governor Ahmadu Umaru Fintiri said, it’s not about here and now, it’s about the future, with the steadily growing population and rapid expansion of the state.

Does it have to do with the he who fails to plan, plans to fail?