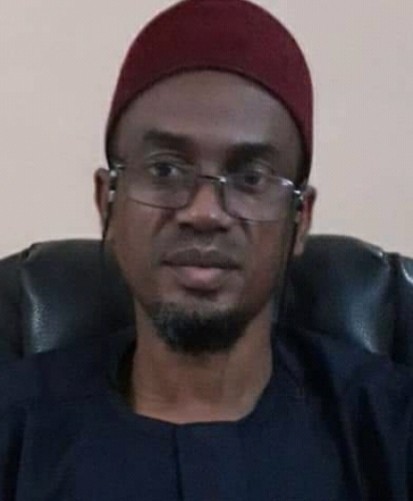 * Gurin the guru of integrity, discipline, trust and transparency, has fine-tune the Adamawa State Muslim Pilgrims Welfare Commission in less than one year with his redeployment as executive secretary. He’s restored pilgrims’ confidence in the Commission – pilgrims

* Pilgrimage is a spiritual calling. We’re not called in the year2020, whether or not it’s due mainly to Covid-19. We’re not seeking for refund. We’re hoping for next year –  Intending pilgrims

Recall that some months ago, the Permanent Secretary who is the Executive Secretary of the Commission, Alhaji Abubakar Salihu Gurin, popularly known as Sadique, while briefing newsmen at the Commission’s Headquarter in Yola, revealed that the decision for the refund of deposits followed the cancellation of the year 2020 pilgrimage for the international community by the Saudi Authority as part of measures to contain the spread of Covid-19 globally.

Gurin said the Commission’s action was sequel to the wide consultation with stakeholders for which the intending pilgrims across the state have jointly and individually formed a  part.

Gurin has explained to the pilgrims the process to be followed to ensure transparency and security in the refund of their deposits.

“The application for the refund should include photocopies of bank draft, two passport size photographs, and a photocopy of the intending pilgrim’s e-passport data page.

“The Commission will only make refund through a bank account or bank drafts in the intending pilgrim’s name,” Gurin explained earlier, giving a grace of one month within which to complete the process.

Having completed the process by the 2020 intended pilgrims who would not want a spillover preparation and standing on her existing word, the Commission has refunded the money deposited for the pilgrimage to the intended pilgrims on Thursday in Yola, Adamawa State, northeast Nigeria.

”A total of one thousand, one hundred and sixty-nine (1,169) intending pilgrims from Adamawa state paid for the aborted 2020 Hajj pilgrimage due to COVID-19 pandemic.

“Six hundred and ninety four (694) out of the number paid full fare of one million, four hundred and fifty nine thousand naira (N1,459,000), while the remaining 475 intending pilgrims didn’t pay the full amount.

”Forty-six (46) of the intending pilgrims applied for refund of their monies,” Gurin said.

Gurin explained that the refund of the deposit was a matter of choice, as those that did not apply for the refund would automatically be registered for the 2021 Hajj operation.

”The Commission has started the 2021 Hajji preparation with the capturing of those that didn’t collect their money,” the Executive Secretary said.

Speaking to the Periscope reporter, the Adamawa intending pilgrims in Yola have showered encomium, passing a vote of confidence on the Permanent Secretary, Alhaji Abubakar Salihu Gurin, popularly known as Sadique.

“Gurin the guru of integrity, Sadique the sent saint of discipline, trust and transparency has scented the scene, fine-tune the Adamawa State Muslim Pilgrims Welfare Commission to look corporate and be taken seriously in less than one year with his redeployment as Executive Secretary, he’s restored pilgrims confidence on the Board,” pilgrims said.

“We would have loved the Sadique trustworthy spillover initiative, to be among the top listed for the Hajj 2021 but the Covid-19 induced poverty and starvation jointly make us to apply for the refund of our deposit. We’ll still try to make it this year,” the Year 2020 intended pilgrims lamented.

“Pilgrimage is a spiritual calling of the chosen few. We’re not called in the year 2020, whether or not it’s due mainly to Covid-19. We’re not seeking for refund of our deposits because we trust the custodian. Some of us who have not completed the payment have since started working on the balance. We’re hoping to be among those who shall answer the spiritual call for the fulfilment of the fifth pillar of Islam for the year 2021,” Intending pilgrims said.