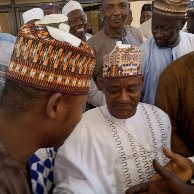 * Adamawa has the mineral resources, BUA has the financial capacity

* Ashaka owned by the 6 states, Guyuk cement for Adamawa alone

* Host community would benefit from the electricity and employment opportunity

State commissioner of minerals resources, Alh. Bappa Dalhatu Isa disclosed the development, where he said that negotiations have reached an advanced stage with the BUA Group.

The Commissioner said that Governor Fintiri has already met with the chairman of the BUA Group, Alh. Abdussamad Ishaka Rabiu over establishing the cement factory.

Isa explained that when completed, the proposed cement factory would create over 3000 direct jobs and an additional 5,000 indirect jobs.

“Guyuk community will benefit from the electricity to be generated by the proposed cement factory.

Isa explained that Ashaka Cement belonged to six states of the northeast, while the Guyuk proposed cement factory would be owned by Adamawa state alone, which would translate to boosting the revenue and socioeconomic capacity of the host community and the state.

Isa said that the completion period after having signed the memorandum of understanding, would be determined by the BUA group, the sole financier of the project.

“Adamawa state ministry of mineral resources is also reaching out to other investors to come and invest in the solid minerals sector in the state.

“What the government is soliciting from the good people of Adamawa state is cooperation; we need people’s support by means of prayers to be able to accomplish the  promises made,” the commissioner said.