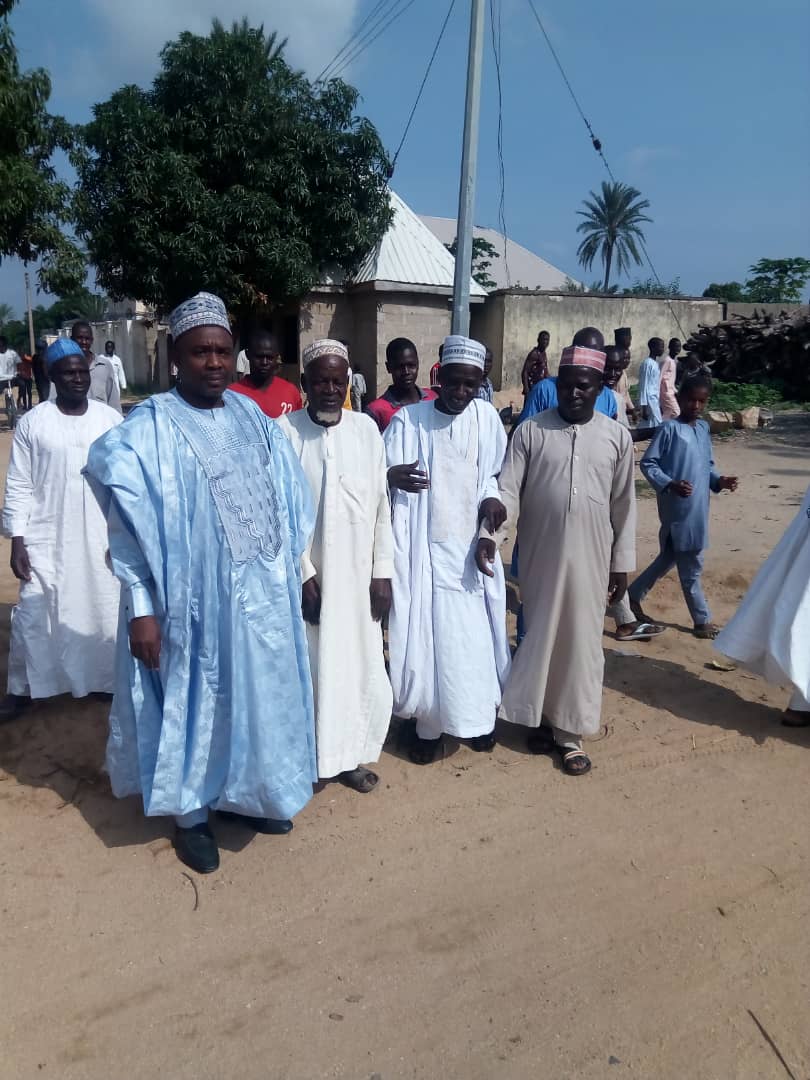 The legitimate heir, Yarima Mahmud Abubakar Suleiman, the Mubi Emirate Council selected Ubandoma, the Bindow’s arbitrary above the law rejection affected, the court decided, declared and ordered to be approved district head of Jalingo-Maiha, has on Saturday, in peace, with peace, at ease, visited to commiserate with the bereaved families in Jalingo-Maiha, the headquarter of Maiha local government, northern senatorial district, northeast Nigeria.

Yarima Mahmud, the legitimate heir and he who is being approved, waiting for the executive endorsement as the court order spelt out over two years ago, was not arrogantly pompous to be escorted by riotous mob, to be paraded by the dirge drumming youth without attitude, spelling doom, defiling courtesy, defining dictatorship and deafening the ear with coarse chorus singing anarchy against the legitimate monarchy in Jalingo-Maiha to be charged for criminality before the law.

Dictatorship is intolerable in democracy is the simple message the executive action portrays.

Barr. Mahmud, the legitimate heir silently and alone visited the bereaved families in Maiha from Mubi his base.

It was while in Jalingo-Maiha that the teeming population in homage, declared “here comes the legitimate district head, the man of peace, the leader indeed”.

The introductory remark in summary, has echoed the entire community that metaphorically responded in silent prayers saying;  “so shall it be, as the Most Merciful, the Owner of the Throne, Allah SWT wills it to be”.

Nor would Barr. Mahmud  visit Maiha, not until an impostor in full moon romance with the contempt of court and executive orders, said to be cocooned under ages old and in cahoot with protectional conspiracy protagonists who have been antagonising the monarchy, was eventually, executively, muscled flexed out of Maiha, exposed to the world, his illegitimacy to the stool.

Mahmud prayed that may Aljannah Firdausi be the eternal resting place for the deceased and for the families, fortitude to bear the irreparable lose.

Mahmud has on Sunday, visited  the chairman Maiha local government Hon. Idi Ali Amin in Yola to register his condolence over the death of Amb. Wilberforce Juta of Pakka.

Juta has transited to great beyond to join his ancestors on Saturday, the day Barr. Mahmud visited to condole the bereaved in Maiha.

“Jalingo-Maiha is currently exiting, in a peaceful yet happy mood that the district is got rid of notorious impostor and that the conspirators against the legitimate monarchy, are by divine intervention fizzling out.

“After over six years without a legitimate successor to the stool. It’s about time for Jalingo-Maiha to have her legitimate district head crowned,” a sage in Maiha would put in peace.