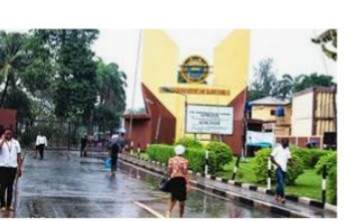 The Federal Government on Friday intervened in the crisis rocking the University of Lagos (UNILAG), Akoka as it constituted a Special Presidential Visitation Panel headed by Professor Tukur Sa’ad.

Besides, the Federal Government also directed the institution’s Pro-Chancellor/Chairman of Council, Dr. Wale Babalakin and the embattled Vice-Chancellor, Prof.Oluwatoyin Ogundipe to vacate office pending the outcome of the ongoing investigation.

The Special Visitation has two weeks to submit a report on the face-off between Dr. Babalakin and Prof.Ogundipe that initially culminated in the cancellation of the institution’s 2020 convocation where 13,489 graduates were scheduled to receive degrees, diplomas and certificates barely 4 days to the event scheduled for March 9 and 12, 2020.

According to the government, other members of the six-man Prof Sa’ad led-panel are Prof. Ikenna Oyindo, Victor Onuoja, Ekanem Braide, Prof. Adamu Usman, Jimoh Bankole while Grace Ekanem will serve as the panel secretary.

Recall the crisis took a new turn recently when the Governing Council of the University announced the sack of the Vice-Chancellor, Prof. Olawatoyin Ogundipe over alleged financial recklessness and appointed Prof. Theophilus Soyombo in an acting capacity.

Covid-19: “You are in Our Prayers” Gov Fintiri assures CAN Chairman