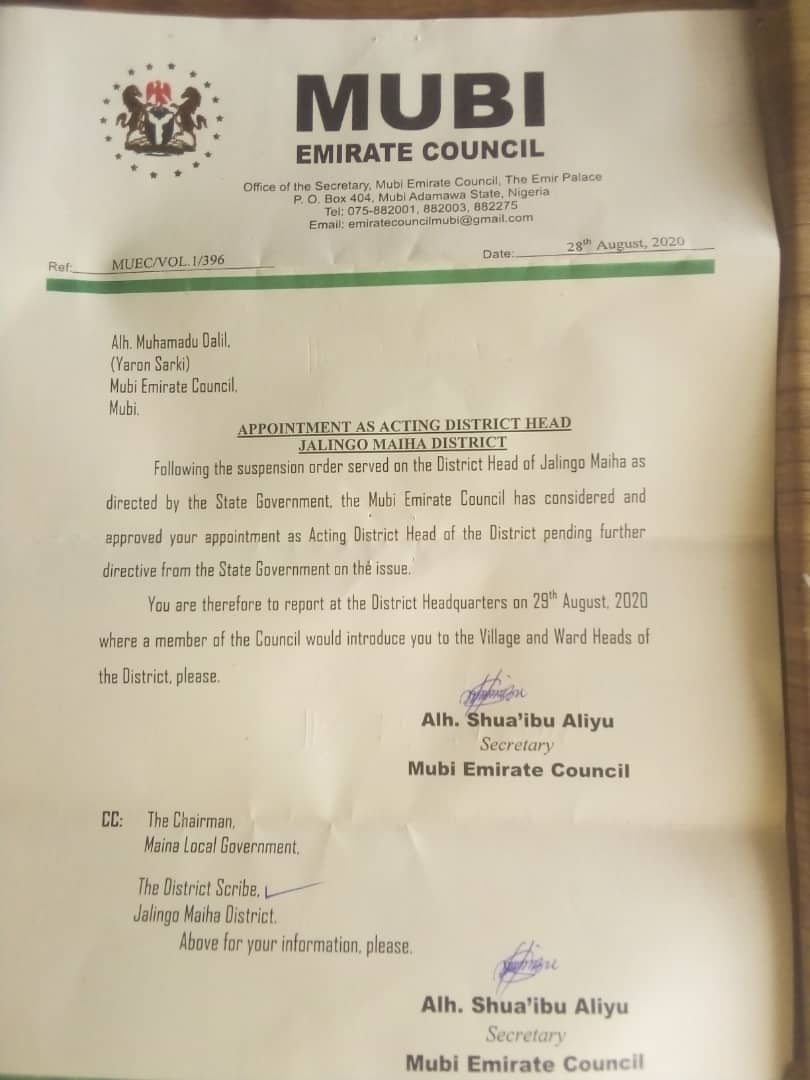 The appointment letter Friday, signed by the Secretary, Mubi Emirate Council, Alhaji Shuaibu Aliyu and copied to Maiha LG Chairman and the Jalino-Maiha scribe, explained that the acting capacity appointment was sequel to the “suspension order served on the district head of Jalingo-Maiha as directed by the state government.

“Mubi Emirate Council has considered and approved your appointment as acting district head of the district pending further directive from the state government on the issue”.

Dalil was requested to “report to the district headquarters on August, 29, 2020, where a member of the Council will introduce you to the village and ward heads of the district”.

Commenting on the development, the Sage said it was another form of moral and aristocratic sensibility that permanently sent to silent the prolonged conspiracy and complicity against the monarchy in Jalingo-Maiha for anarchy using the impostor the and myopic thinking forerunners.

When asked whether or not the acting appointment was an aberration; a distortion of judicial disorder.

The smiling Sage simply said, the appointment though made an issue, was a process of actualising the prophecy. The acting appointment was with the view to hand over the stool to the heir to Ubandoma, the late Districts Head of Jalingo-Maiha.