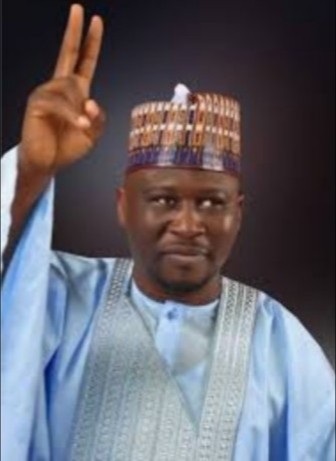 2020 has been a year of unfortunate circumstances; a lot of progress were hampered, plans ruined, actions halted, dreams shattered, intentions tattered and promises challenged. The composite of all these led a lot of people to devastating tendencies with severe consequences.

A lot has happened and a lot has failed to happen, here in Nigeria and the world over.

That notwithstanding, the people of Adamawa State saw in its raw form the resilience and doggedness of the leader they elected, in the person of His Excellency Ahmadu Umaru Fintiri (AUF) the ATM Governor with a renewed fresh air dream.

His workaholism was brought to bear by his relentless action in striving to lift Adamawa State unto the pedestal of progressive levitation to greatness.

During this period of fear and panic, AUF carved an identity for himself as the man who never let circumstances and situations dictate to him what to and what not to do. He arrives in his office very early daily, gives speedy approval to matters of onerous importance, flag-off numerous projects throughout the State in fulfilment of his Fresh Air Urban Renewal promises in order to transform the State into an investors heaven with a view to nourish the ATM machines against poverty and unemployment.

He is enabling these efforts by going out to personally drag opportunities into the State by creatively inviting investors.

During the past few weeks, His Excellency paid several visits to Alh. Abdul-Samad Rabiu, the Founder and Chairman of BUA Group of companies in Lagos, the son of Khalifah Isyaku Rabiu, a foremost Nigerian industrialist in the 1970s and 1980s, an erudite business mogul with interests in manufacturing, infrastructure and agriculture with a revenue in excess of $2.5 billion. Abdul Samad also doubles as Chairman of the Nigerian Bank of Industry.

Their meeting was not a tea party meeting but a direct intervention in our Governor’s desire to attract investors to the state.

Abdul-Samad is known in Nigeria and internationally as an investor per excellence who since 1988 compassionately creates business ventures that not only makes money for the business but lifts the living standard of people affected by his investments. AUF is a careful tactician.

Back in Abuja, His Excellency paid another important high profile visit on Sir Emeka Offor, Chairman of the Chrome group of companies. From Anambra State, born in Kafanchan, Kaduna State.

Sir Offor is a Nigerian oil magnate and entrepreneur with interests in Telecommunications and manufacturing. He is also the chairman of Sir Emeka Offor Foundation with enormous presence and philanthropic interventions in the health and education sectors in order to empower people for sustainable development.

When other governors are busy travelling abroad in the name of scouting for investors, Governor Ahmadu Fintiri is realistic enough to realize that with holistic dedication to achieving desired results we can indeed do what we will to better the lives of our people from a strategic and definite domestic approach.

We have business leaders who are willing to invest here at home if given the level playing ground.

This opportunity the ATM governor intends to utilise and capitalise upon to deliver all his promises to our people.

The ATM Governor described the meeting as rewarding, the import of which was the security of the Northeast and resettlement of IDPs in order to open the economic space and give our people opportunity to realise their potentials under prevailing peace and tranquillity.

This is the governor that does not go to Abuja to sleep, to be hibernated but always on his feet rather tirelessly, for the good people of Adamawa State and Nigeria in general.

Any doubt on the sincerity of His Excellency is calculatedly being eroded in the minds of wailing drillers and hale raisers.

His giant strides is quieting critics and detractors alike, the moving train is trampling every insidious nag that holds on to the psych of desperate pessimists.

Ahmadu Umaru Fintiri is a formidable force to reckon with; an unstoppable breeze of fresh air, the wind whirling around the wheel of progress with political will, the social commentator, defined as the “dawn of a new and modern Adamawa State.” It is here.

This piece is packaged by Fintiri Frontier Fraternity

Re: Yobe Youths Call For replacement of DSP Hassan Misau as ADC