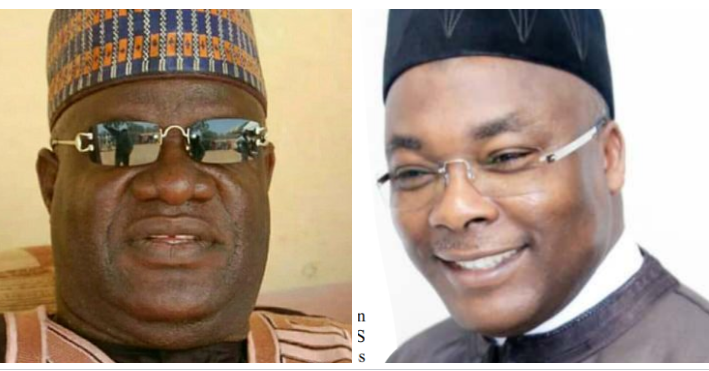 Idi Amin, the Rumbun Adamawa, a honourable of multiple awards, described Mahmood as a golden pride to Gella, a marvelous man to Mubi, an admired android, to Adamawa, an icon of honour to Nigeria and indeed to Africa.

“Best of Africa award, World most envious and prestigious Award by Forbes to the sons and daughters of Africa who are doing well in their endeavours of life has this year honoured Mahmood Ahmadu, Adamawa born UK based Information Technology (IT) expert, founder and Executive Chairman of online integrated solutions (OIS) Ltd, a recognised global, one of the pioneers of the Global System for Mobile communication (GSM) for digital mobile phone use in Northern Nigeria, this has indeed makes me proud, posing challenge to the Nigerians in Diaspora.

“Mahmood’s scholarship programme makes it possible for hundreds of students to afford a good quality education locally and abroad, among other philanthropic interventions.

Additionally, Mahmood holds the Nigerian National Honor of the Officer of the Order of the Niger (OON),” Idi said.

The awards will be presented on September 11, 2020, during a virtual event in conjunction with the Foreign Investment Network (FIN).

According to Forbes, No one was surprised when this great son of Africa was nominated as the winner of Forbes Best of Africa award.

The reason is not farfetched: Mahmood Ahmadu has conquered the vast territory of entrepreneurship, leaving in his trail tales of good tidings of great joy.

An accomplished entrepreneur, Mahmood Ahmadu, who is the Founder and Executive Chairman of OIS, also known as Online Integrated Solutions Ltd, was born on September 9, 1966.

He attended ATBU and Nassarawa State University, where he obtained his qualifications. Records have it that Mahmood
Ahmadu obtained further educational qualifications in the form of management, IT and communication industry
courses.

He has since utilised these skills to start and operate small businesses involved in the
exchange of various profitable products and services.

At quite an early age, during the early 1980s, Mahmood received a family inheritance with
which he established his first company called A2A Communications Limited.

The company, it is said, shot him into limelight as one of the pioneers in the field of GSM business, especially in Northern Nigeria with
branches in almost all the state capitals.

He has since shown class in the field of buy and sale, service delivery among
others, establishing various facets of companies to accommodate the teeming
and growing Nigerian workforce. His business
activities and operations span 53 countries and five continents.

Mahmood has further leveraged on his growing goodwill over the years and dexterity in creating opportunities to expand his venture both locally and internationally.

He has also raised awareness on the importance of education and has also
enhanced the quality of education through
scholarship programmes.

He has always aimed to be the best in whatever he does and thus has stayed on top in managing a strong international network between IT and Telecom companies thereby boosting his capability, capacity and
credibility.

This has given him an edge in relating seamlessly with both the international and local business world, giving his companies a multinational presence in over 56 international locations across 10 different time zones.

Mahmood strongly believes in CSR, and has inculcated it as a form of belief, faith and culture. In addition to raising awareness on the importance of education through scholarship programmes, he has made donations to various charities and individuals as well. This way, he has been able to build an African multi-business conglomerate with special focus on Information Technology, which many African countries have leveraged on to achieve
cost-effective services for their people and governments.

An astute business man, Mahmood has been known to work within the provisions of the law, and in his years of practice, has
not ran foul of the laws of the land.

Mahmood holds the Nigerian National Honour
of the Officer of the Order of the Niger (OON), his altruistic tendencies, hard work, selfless benevolence have endeared him to many, and attracting many recognitions and awards internationally, like the UK Asian Voice Charity Awards for community empowerment.

He is also an awardee of the London Leadership and Peace Award at City Hall London, awarded by Boris Johnson.

He also received the prestigious Euro Knowledge ‘Africa Change maker Entrepreneur’s’ award at the House of Lords in
London for his Fintech platform and his drive for social inclusion for the millions of financially excluded and unbanked.

Mahmood is also the recipient of (BEFFTA)
the Black Entertainment Film Fashion Television and Arts ‘Life time Achievement Award’ also in London among many others for his numerous contributions to community engagement empowerment and advancement. Ahmadu is sure a businessman in a class of his own.

Mahmood is no stranger to awards as a result of his numerous achievements and assistance to humanity.

In 2016, for instance, he won the BEFFTA Life time Achievement Award, Asian Voice Charity Award for Empowering Local Communities as well as the ISAC Award by Nigerian Economic
Development.

Entrepreneurship aside, he is a genuine family
man, and a proud one for that matter.

For standing firm in the world of entrepreneurship affecting lives and carting
away the prestigious Forbes Best of Africa
Award, you are our boss of the week.