Monarchy In Maiha: Again Idi fears he will not have fair hearing over criminal charges Against Him 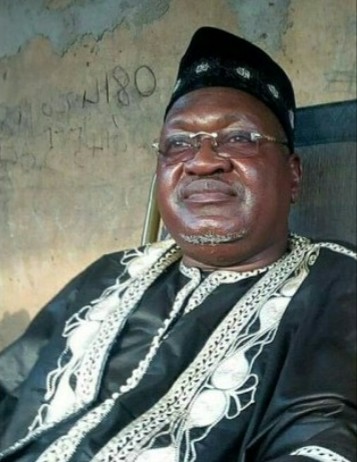 * Prays for withdrawal and replacement of court judge, fresh proceeding

Idi Usman Shehu with three others accused of criminal conspiracy and inciting disturbances for anarchy that have resulted in hurting so many hearts with others sustaining degrees of injuries in Jalingo-Maiha on a Friday, during Jumu’at prayer, feared that he would not be given a fair hearing for favourable judgement, when he was summoned to appear in person, on Tuesday, September, 15, 2020 to answer the criminal charges filed against them by the Commissioner of Police at the Upper Area Court I, sitting in Yola, Adamawa state, northeast Nigeria.

Idi with three accused criminal others, prayed for the withdrawal of the case hearing from the Upper Area Court Judge I.

This is the second time Idi would seek for the withdrawal of case from and replacement of, for lack of confidence on a court judge when the judgement was about to be passed on the same case.

One of the staff with the judiciary in Yola who knows too well about the scandal relating to the monarchy in Jalingo-Maiha, revealed to the Periscope reporter, on condition of anonymity, how Idi holds his head high, playing the arrogant notoriety, betrayed by overambition; the Macbeth like tragic flaw and frustrated by the gradual loss of accomplices to conspiracy and humiliated by the lack of judicial support to the unruly typifying the unGodly mannered.

“Recall that it would have been the first defendant; the former Adamawa state governor who should have filed an appeal against the judgement that humiliated his illegal appointment or better still, the first defendant should have joined in the filing of the appeal. However, Idi the nephew of a village head, the third defendant, seeking to be upgraded to a district head by any means disordered necessary, filed an appeal against the high court judgement that restrained him from parading himself as any district head and that which ordered the state governor to approve the real heir, whose name was submitted by the Mubi Emirate Council to the governor for approval as district head of Jalingo-Maiha.

“Furthermore, the Upper Area Court Judge III who was earlier allocated the criminal case filed against Idi with three others by the Commissioner of Police, was about to pass judgement when Idi prayed for the change of court judge with the prayer that he would not be given a fair hearing.

“Doing his bidding, the case having been withdrawn and reallocated to the Upper Area Court Judge I, who followed the same legal steps followed by his colleague, Idi registered a second prayer against another judge, alleging a juristic partiality.

“Truly, this act seems to be an attack on the integrity and personalities of the court judges, it should not be allowed to continue; a criminal cocooning his guilt under the cover of judicial partiality,” the judicial worker explained.

Political pundits have jointly pointed out that Idi’s prayers for withdrawal of case from and replacement of a court judgement that would beg for yet another fresh proceeding, was merely a delay tactics, kind of buying time to evade jail term and for another conspiracy to the monarchy in Jalingo-Maiha.

Corroborating, Idi’s apologists argued that the tactics was bargaining for time pending the determination of the court of appeal.

“Idi’s apologists do not wish for the court of appeal’s judgement. They jubilate over every adjournment against judgement.

“Idi’s apologists say, their district head is not served with any suspension letter, hence remains as he’s Bindow appointed even with the appointment of acting district head by the Mubi Emirate Council.

“A group insinuates that if the restrained Idi isn’t reinstated, the appeal court would call for a fresh contest for the district headship. We simply ask, who’s prayer before the law is that? The question keeps them in mute mode,” a youth in Maiha said.

The appeal court passes judgement within 90 days after case hearing, a learnered in law would explain.

Meanwhile, Jalingo-Maiha is waxing in an with peace with the suspension of an impostor and the call by the acting district head joined by the aristocrats, for prayers against hypocrisy, conspiracy and anarchy in Jalingo-Maiha district.