JOHESU Strike: Healthcare Service in the face of total compliance in FMC Yola 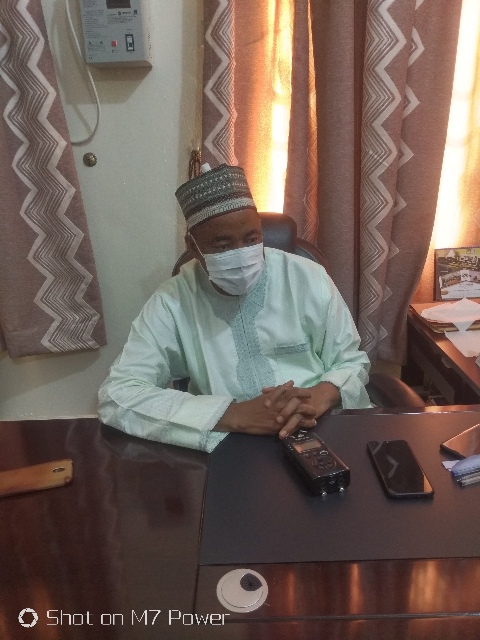 In spite of the appeal made by the Hon Minister of Health, Prof Osagie Ehanire on Monday during a briefing of the Presidential Task Force on COVID-19 in Abuja that strikes by healthcare workers jeopardised the lives of citizens, especially at such times of global health emergencies as now, which came hours after the Joint Health Sector Union (JOHESU) President, Dr. Biobelomoye Josiah, asked the federal government to attend to its demands with the same seriousness she attached to those of the National Association of Resident Doctors.

JOHESU, which is the umbrella body of health workers’ unions and associations in the country, said its demands merited such urgent attention, too.

The ongoing 7-day warning strike, which began on Monday, has crippled healthcare service delivery, especially in tertiary healthcare institutions in the country.

Speaking on the strike in Yola Thursday, the Chairman Medical and Health Workers Union Federal Medical Centre, FMC Yola Chapter, Mr. Abba Mohammed, revealed that there is total compliance to the national call for the industrial action, which he considers as the only language used in communicating grievances to the government for positive response.

This reporter has gone round the hospital and has found out that healthcare services are still being rendered in FMC Yola and sought to know whether or not the JOHESU members in the health facility have keyed in the strike.

The spokesman of the FMC Yola, Dr Adamu Muhammad Dodo explained that the service windows to have been affected by the industrial action, are being fielded in by the contract and locum staff.

The Federal Government has appealed to the Joint Health Sector Unions (JOHESU) to suspend its nationwide strike.

Some of the patients interviewed, pleaded with JOHESU to suspend the strike and embrace negotiation, while calling on the government to respond positively to the JOHESU lingering demands.

CDC: Fully vaccinated people can ditch masks indoors – most of the time