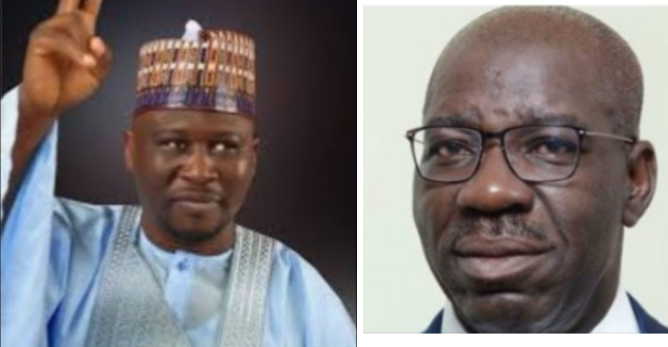 The press release Sunday, signed by the press secretary to the governor Mr. Humwashi Wonosikou revealed that Governor Obaseki was declared winner and returned elected by the Independent National Electoral Commission in Benin after beating APC’s Eze Iyamu in the Edo September, 19th Governorship election, which Governor Fintiri considered as a victory well deserved given his widespread acceptance across the state.

Fintiri said the September 19th election was an affirmation that has further demonstrated that exercise was indeed a true reflection of the wishes of the people of Edo state.

Fintiri who is the vice chairman of the PDP National campaign committee therefore urged Governor Obaseki and the PDP to extend a hand of fellowship to the opposition parties and dedicate himself to re-uniting the people and be the Governor to all.

“The path is now clear for focused piloting of the states affairs towards doing more for the people of Edo in your last term as Governor,” Fintiri said.

Fintiri encouraged Obaseki to write his name in gold as one who changed the politics of Edo state by putting god fatherism to rest.

Fintiri noted that the people of Edo have spoken well and made their votes count. 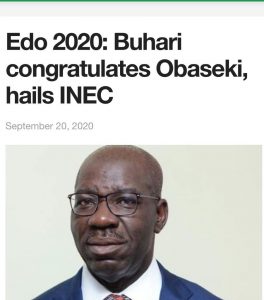