MONARCHY IN ZAZZAU: Sokoto Caliphate and the Birth of Three Dynasties in Zazzau Emirate 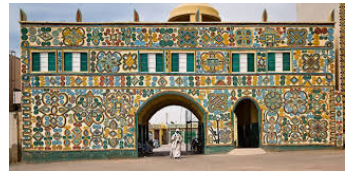 Zazzau was the most southerly of the original Hausa States. Between it and the River Benue lay a belt of country which differed from the open plains of the north by being more hilly and having a denser cover of bush.

This area contained no important States, apart from Nupe in the south-west, and its population was grouped into a number of petty principalities and independent pagan tribes.

In the seventeenth century they were all embodied into the riverain empire of Kwararafa, while Zazzau itself was threatened and constricted, but as the Jukun power receded again, so a power-vacumn was created into which Zazzau was able to expand.

In the north the expansion of the Hausa States had already taken the form of settlement, plantation or conquest followed by assimilation. In the south, however, the denser bush did appeal to Hausa settlers and the more primitive tribes were no easy to assimilate.

Consequently, Zazzau’s expansion proceeded by cõnquest and the imposition of suzerainty, not by settlement or assimilation, and the pattern which emerged from it differed from the conventional one.

By the end of the eighteenth century there were, in fact, five petty Chiefs on Zazzau’s southern borders who ruled over congeries of Gwaris, Bassas, and other small tribes and tribal fragments.

All these Chiefs owed allegiance to Zazzau and were subject to loose control by the Hausa Chief. Provided that they paid their tribute of slaves, however, they were largely left to their own devices.

In addition to these vassals, there were other tribes which had never made submission. Having refused to purchase their immunity by doing homage and paying tribute, they were regarded by the Hausas as fair game for the slave-raids by which Zazzau traditionally supported itself and provided for the needs of the rest of Hausa land.

In 1802 Muhamman Makau succeeded as the sixtieth Chief of Zazzau.” He was a devout Muslim and when, after the jihad had begun, Shehu’s message was brought to him, he was ready to accept it. His advisers thought otherwise, however, and he was compelled to defer to their views.

As Zazzau had apparently not followed Gobir and Katsina in renouncing its allegiance to Bornu, and as the suzerain’s influence seems to have been stronger there than in the other Hausa States, it may well be that Makau was coerced in this matter by the Kachalla, the Sultan of Bornu’s Resident at his Court, or perhaps by an alliance between the Kachalla and his own Councillors. Whatever the process might have been, the outcome was that Shehu’s overtures were rejected and the war spread.

The principal leader of the jihad in Zazzau was a Fulani called Mallam Musa who hailed originally from Mali, in the western Sudan. He had come to Hausa land some time before and, after studying under Shehu, had established himself in Zazzau as a religious teacher.

He is said to have taken part in the flight from Degel to Gudu and he certainly received a flag from Shehu with a commission to lead the jihad in Zazzau.

The Fulani had been established for generations in Zazzau, as in the other Hausa States, and Musa’s appointment as leader seems to have caused some jealousy among the older families.

Prominent among these were another branch of the Sullubawa, whom we have already met in Katsina and Kano, and the Bornawa who, as their name shows, were Fulani who had come to Zazzau by way of Bornu.

Musa was instructed by Shehu to work with their leaders, Abdu Salami and Yamusa, and this he did.

In the month of March, probably in the year 1805, Musa entered Zazzau from the north. No doubt he had previously arranged a rendezvous there with Shehu’s known adherents. In addition he received support from some of the local Hausas.

As soon as he heard of the invasion, Makau sent his cavalry, under the Madaki, to intercept the enemy and bar their way to the city.

Musa either defeated this force or else gave it the slip, for very soon afterwards he was able to take the Hausas completely by surprise. It happened to be the day of the Lesser Sallah festival and the Chief, attended by his followers and accompanied by all the Muslims of the city, had ridden forth as usual to the Eid prayer-ground outside the walls.

While there, they were surprised by Musa’s cavalry and their retreat into the city cut off. Being unarmed they were unable to stand and fight and so they had no choice but to fly. The great city of Zaria, therefore, fell to the Fulani with hardly a blow having been struck.

Having lost his capital Makau made his way south with about three thousand followers. He went first to Kauru, but the Chief, who was one of his vassals, shut the gates of the town against him.

He therefore passed on to Kajuru where the Chief admitted him. The Fulani were close on his heels, however, and besieged him there for six months. In the end their pressure became so great that he was forced to move on again.

From Kajuru, Makau went on to Zuba. The Fulani continued to attack and harry him for the next fifteen months, but in the south the terrain was more hilly and less open than in the north and they failed to kill or capture him. Finally, in 1807, he repulsed them whereupon they abandoned the pursuit and went back to Zaria.

When he became a fugitive, Makau found that some of his subjects, notably the Gwari, remained loyal to him but that most of them threw off their allegiance.

Having no capital or base of his own, he was forced to keep moving about in the broken country which lies between the Niger and the Benue Rivers near their conflunce. In this way he preserved a precarious existence for another eighteen years. In 1825, however, while attacking the town of Lapai, he met his death.

Makau was succeeded by his brother, Abu Ja. It was he who founded the town of Abuja and this became the headquarters of the fugitive Hausas of Zazzau.

They continued to maintain their independence and, by exerting their influence over the neighbouring pagan tribes, gradually built Abuja into a Chiefdom of some importance.

For the rest of the century they were to remain a thorn in the side of the Fulani, but they never developed into such a serious menace as the diehards of Gobir, Katsina, and Kebbi were soon to become.

Meanwhile, Mallam Musa had been confirmed by Shehu as the first Fulani Emir. His first task was to consolidate his authority in Zazzau proper and its vassal States.

After the flight of Makau there seems to have been little resistance from the Hausas. The feudatories and major office holders fled or stepped down into obscurity.

Either way, the road was left open for the new Emir to install his own supporters, the great majority of whom were Fulani.

Musa was not content with consolidation, however, and was determined to extend his dominions southward. This he did by inducing the Fulani in the area, who were already fighting the local pagan tribes, to accept his leadership.

The Fulani of Jema’a seem to have been glad enough to do so in return for Musa’s promise of protection and support. Those of Keffi, where Abdu Zanga had already established a town protected by a stockade, were at first hopeful of obtaining recognition direct from Shehu, but Musa persuaded them that Shehu had already made him suzerain of all the territory between Zaria and the Benue River.

In the end, therefore, they were content to accept a flag from him and acknowledge him as their overlord. In this way the two small Emirates of Jema’a and Keffi came into being in about 1810 as vassals of Zazzau.

Nearly a generation later the process was repeated when Makama Dogo, a Hausa soldier of fortune who had carved out a kingdom for himself in the south, was recognized as the vassal Emir of Nassarawa.

In this way, Zaria, as the Emirate of the Fulani now came to be called, at length reached the Benue.

When Musa, the first Emir, died in 1821 one of his sons expected to succeed him. In the event, however, the choice of the Electors fell on Yamusa, the head of the Bornawa family, who as the Madaki had been Musa’s principal lieutenant.

Similarly, when Yamusa died in 1834, the throne did not go to any of his sons but to Abdulkarim, another Fulani who had played a prominent part in the jihad.

After that, apart from one aberration, the succession rotated irregularly between the houses of these first three Emirs.

This meant that upto the coming of British, Zaria had three ruling families whereas in all the other Emirates, including Kano after the initial change, there was only one dynasty.