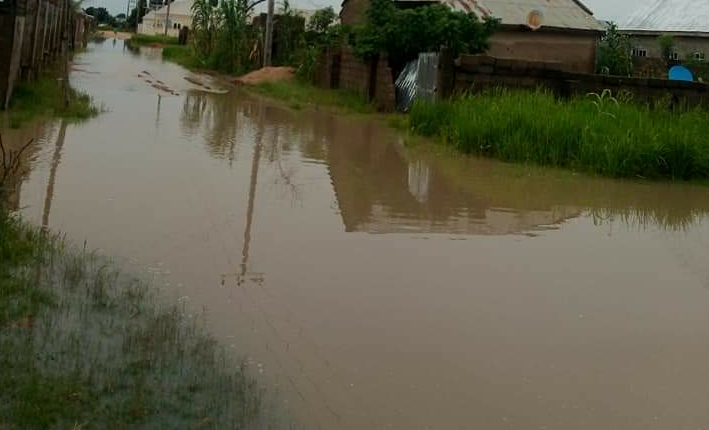 The most among the priorities of the Adamawa state governor Rt. Hon. Ahmadu Umaru Fintiri with the swearing in were security and workers’ welfare with a view to restore public confidence in governance; taking a radical, rather aggressive departure from the regime of deceit defined as legacy of those who reduced the state into a republic of liars.

Fintiri’s proactive measures to combat criminality or banditry on a large scale, about being degenerated into state of insurgency associated with ‘Yan Shila notoreity in the state capital and the ancient city of Yola, he intolerably inherited along with the post-election employments and appointments scandal aimed at frustrating the new regime to have been impossible to pay salaries with the leaned revenue and FG monthly monetary allocation, earned him a metaphorical ovation typical of the return of the saint to send the sinners out of the city for a serene and scented smell, translating the Fintiri “fresh air” philosophy into reality approximating the ideal against idle induced evil.

The ‘Yan Shila’s Gerio enclave was destroyed, scored of the unrepentant of gangs arrested to have the city salvaged from the terror before kidnapping and raping as renewed forms of criminality could get to infest the state and that which the fight against remains unrelenting in spite of the odds.

While the governor is commended for his commitment to paying salaries as at when due and even in the face of financial threatening covid-19 in 2020, while sympathy is given to the fact that election tribunal has diverted most part of – to have been good governance – in 2019, while consideration is being taken into account of the ongoing projects and the promised others, the Lakare and Lelewalji/Bole communities considered as new settlement of the mostly public servants, are jointly praying for the fresh air to be able to taste the dividends of an improved rather than improvised democracy.

On Friday between the hours of 11pm and 12am, three bandits, suspected to be hired assassins stormed into the house of a former PA to a former SSG at Lakare, Yola south local government area demanding for his life.

After having sustained several cutlass and knife cuts, with his wife screaming that her husband was killed, seeking for rescue, the bandits she said she has never seen before but she could identify their looks, took to their hills believing that they prey must have given to the ghost.

The victim covered with his own blood was in the early hours of Saturday, rushed to FMC Yola where he is currently responding to treatment after multiple surgeries.

The Police Public Relations Officer DSP Suleiman Yahya Nguroje has confirmed to the Periscope the incident, adding that relevant security agencies have since been mobilised to fish out the criminals.

The heavy downpour of the early morning on Sunday has kept hostage the inhabitants of Lelewalji/Bole Ward, sharing area with Lakare community’ also identified as soft targets criminals activities, with the flood that has made the road requiring drainage, unmotorable.

The inhabitants have prayed, calling on the government to come to their aid for a fresh air. One of the inhabitants has shared the prayer, laying the picture photographs of the flood affected road via his Facebook account, which read thus:

“This is the look of the streets of Lelewalji community this morning.

“Lelewalji/Bole road is one of the areas that deserve construction of roads the most in Yola town.

“We wish to use this medium to call on the HIS EXCELLENCY THE FRESH AIR /ATM GOVERNOR AUF to come to our aid and cause the construction of roads for Lelewaji or Yola Bole road before the return of the next rainy season.

MONARCHY IN ZAZZAU: Sokoto Caliphate and the Birth of Three Dynasties in Zazzau Emirate