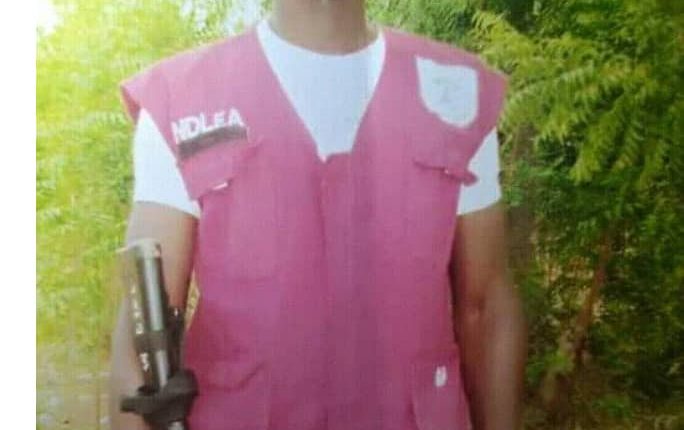 An official of the National Drug Law Enforcement Agency (NDLEA) with the Adamawa State Command, Mr Samuel Abba Birma popularly known as Mbakwe has been murdered, while his colleagues were seriously injured by the irate mob, some with criminal tendency against any security in Hong local government, central senatorial district of Adamawa state, northeast Nigeria.

The NDLEA officials were said to be on official assignment conveying some suspected illicit drug dealers arrested in Michika local government area, northern senatorial district of the state,

The NDLEA officials were taking the suspected illicit drugs dealers arrested to Yola the state capital for further investigation when they were waylaid to be inhumanly descended upon with punches, and dangerous weapon by the mob in Hong.

According to sources, on arriving Hong town, being the weekly market day, having buyers and sellers from different towns, villages and hamlets converged in Hong for different transactions, the arrested illicit drug dealers raised alarm, crying that they were kidnapped, calling for rescue.

The curious but uncritical crowd along with the criminal cohorts in conspiracy hearkened to the criminals’ cries for rescue from clutches of those they would want the crowd consider as kidnapper kingpins.

Efforts made by the NDLEA officials to identify themselves as security agency staff, even with the staff identity cards and to explain that those arrested were but illicit drugs dealers on wanted list felt on deaf ears.

It was a mob action that set the predators free from the handcuffs of the security agency by descending savagely on the NDLEA staff considered as kidnapper kingpins moving with their victims to a hideout to have their freedoms financially negotiated.

It was a mob action with dangerous weapons that took the life of one of the NDLEA officials on the spot and set his body ablaze without any sympathy, while his helpless colleagues sustained high degree of injuries, were rushed to a hospital where one of them was said to have given to the ghost.

It is not clear where the suspected illicit drugs dealers along with the exhibits arrested are; whether or not they have escaped, after the mob action intervention that prevented them from being taken to Yola.

The Police Public Relations Officer, Adamawa State Command, Deputy Superintendent of Police, Suleiman Yahaya Nguroje who confirmed the incident to the Periscope Reporter said investigation has commenced the why, the how and to unravel those behind the act.

“As I’m talking to you now, Medical Doctor who’s managing the NDLEA victims of mob action while on duty, has confirmed that one of the staff badly injured died while receiving treatment, making two death casualties.

“The Commissioner of Police has directed for a comprehensive investigation into matter with immediate effect.

“The outcome of the investigation will eventually be revealed to public and law will definitely take its course; whoever is behind the act will be duly prosecuted,” Nguroje said.

Nguroje advised people to stop taking laws into their hands as it could blindingly turn to supporting a predator against the prey, typical of the Hong murder against security officials with mob action.

The State Commandant of the NDLEA could not be reached as he was said to have travelled out of town. However, a competent source at the command’s headquarters described the incident as unfortunate.

A brother to Mbakwe, the deceased official, Hon. Ayuba Musa Birma called on the authorities concerned to fish out the perpetrators of the evil act and face the wrath of the law.

Birma described the lynched on duty Mbakwe as a humble and hard working officer who would not compromise his official work.

The the massacred on duty Mbakwe hailed from Hildi in Hong local government area where the Chairman and Chief Executive Officer of NDLEA, Muhammad Mustapha Abdallah hails from.