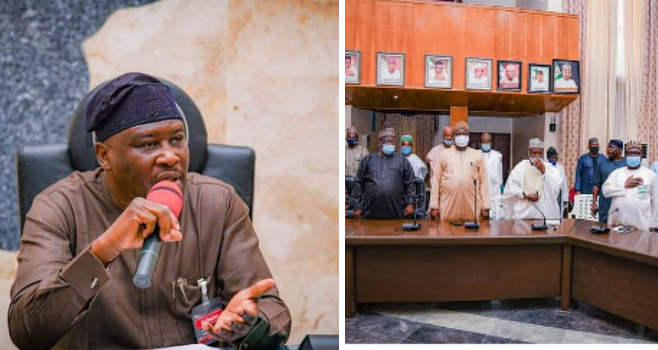 There were 11 vacancies for the permanent secretaries for which 45 candidates contested and screening was made by conducting examinations at the conference hall of the government house in Yola.

The Governor emphasized his non interference policy in the state civil service reforms.

Fintiri commended the Adamawa state civil service, where he described it as the best in the country in terms of resourcefulness and intelligence.

Corroborating, the Head of Service of the state, Dr. Edgar Amos said the exercise was a historic milestone in, for the state civil service and it would go a long way in boosting the reforms.

The list of the 11 candidates who passed the examinations and are appointed permanent secretaries is as follows: