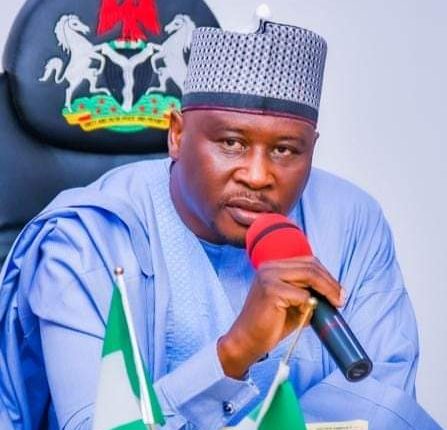 Governor Ahmadu Umaru Fintiri of Adamawa State has felicitated with Muslim faithful on the occasion of the Maulud celebration.

The press release Thursday, signed by the Press Secretary to the Governor, Humwashi Wonosikou revealed that the Fintiri congratulated Muslims across the world for the commemoration of the birth of Prophet Mohammed, where he pointed out that amid the crisis of the day, Muslims should pray for the Nation and her leaders.

Fintiri lamented that the unfortunate #Endsars protest was a great setback to not only Adamawa State but the whole country, regretting the loss of lives and wanton destruction of both public and private property.

While urging the people to show patriotism and commitment to the growth and development of the state, Fintiri said that “This time calls for fervent prayers for Allah to intervene  towards the sustenance of the peace Adamawa is noted for”.

Fintiri called for understanding amongst the people, appealing to all to use the celebration for supplication to Allah for guidance in the way they respond to situations.

“As we rejoice in the celebration of the birth of Prophet Mohammed, let us be mindful of the need to pray for peace and unity amongst the citizens, which form the fulcrum for the progress of our dear state and Nation.

“I have searched myself, and I’m asking all that feel I have offended them to please fine a place in their hearts to forgive me for Allah to accept our prayers as a people,” Fintiri said.

The Governor appealed to the Muslim Ummah to rededicate themselves to the virtues of charity, selflessness, fairness and good neighbourliness that Prophet Mohammed represents.

US tries to block Ngozi Okonjo-Iweala, who would be first African WTO head