Hoodlum-a-za-tion of Adamawa: They eat the looted Indomie to vandalise our schools – students 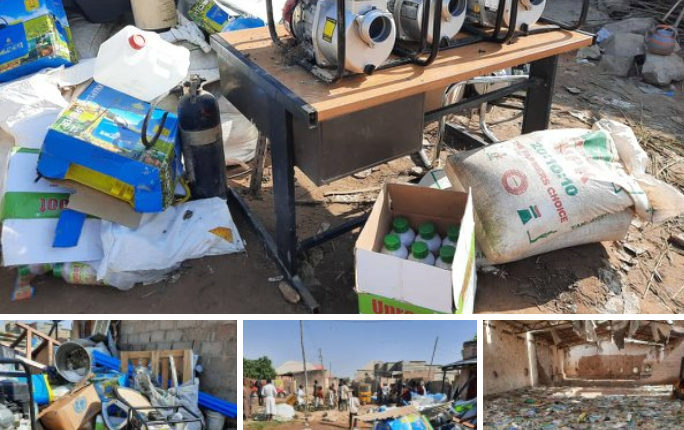 Students of Capital Nursery/Primary School, Yola North and Technical College, Yola South local governments have lamented that the seeming Tsunami of hoodlums, like swarm of locusts, monstrously marched into their schools, vandalised and looted instructional facilities.

In Capital Nursery/Primary School, Jimeta, Yola North local government area, the hoodlums metaphorically hacked the school and carted away seven desktop computers among other items, “denying pupils opportunity for digital learning, just the way Boko Haram would forbid education, for the community to be reduced to what can be described as the darkest age,” a resident, El-Mahmood Abubakar would say.

“They eat the looted Indomie, meant for the vulnerable, the indigent, to vandalise our school, carting away valuable teaching and skills acquisition training materials, such as computers and other practical equipments.

“We don’t know when and how we may return to school with this Indomie eating, locusts infested, Tsunami of hoodlums who could thereafter dance to the rhythm of Indomie lyrics, to entertain the misled without conscience, justifying their rather barbaric actions,” students would lament

Its unfortunate that this is coming at a time when the Minister of Communications and Digital Economy, Dr Isa Ali Pantami was commissioning five digital economy projects in Gombe state, facilitated by the National Information Technology Development Agency (NITDA), where he stressed that Nigeria should focus more in acquiring skills to be in tune with the digital age.

“The elites in Gombe are supporting the training of students for the greatest good of the Jewel in the Savannah, while some retrogressive element are conspiring against the governor and the good people of Adamawa to destroy the state.

Commenting on the vandalisation and the wanton looting, the District Head of Jimeta, Alhaji Muhammadu Baba Inuwa Paris described the activities of the Indomie eating and singing hoodlums as shameful and embarrassing.

“After all that the governor is doing in Jimeta; Solid roads, flyovers and all that, it’s destructions and looting that the good work would be appreciated with?” The district head would lament.

The hoodlums have had as targets for destructions and looting before they could be intercepted, ADSU Mubi, MAUTECH Yola, FMC Yola and College of Nursing and midwifery, Yola among other places.

“Is there Indomie in the above listed academic and healthcare institutions among other facilities penciled for looting?

“Citizens can now decide whether or not they have defective memory to be consumed by crude deception dancing to the scornful Indomie lyric in justification of the wanton destruction and looting without shame,” a critical thinker would articulate.