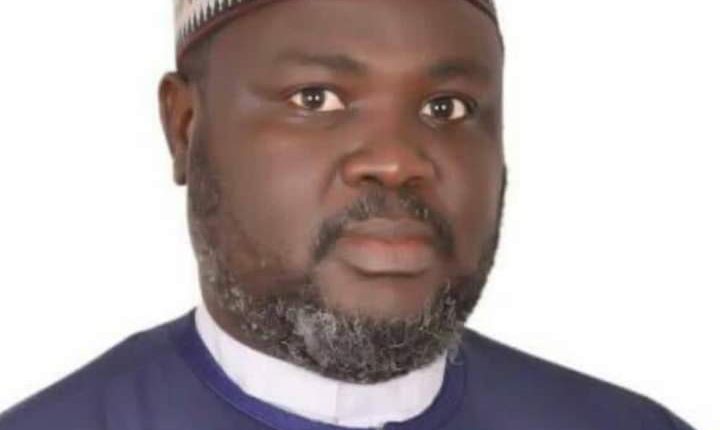 The management of the Periscope Global Publishers Ltd has received with shock the death of Alhaji Salihu Butu, Acting President, Association of Hajj and Umrah Operators of Nigeria [AHUON]

A family source revealed that the quadragenarian died at Garki Hospital, Abuja today Friday, 13th Rabi’ul Awwal, 1442, equivalent to October 30, 2020 and was buried according to Islamic rite.

Butu has dedicated his precious time striving to promote and protect the faith he assiduously professed.

He was a member of Jama’atul Nasrul Islam JNI, Muslim Students’ Society of Nigeria MSSN, Islamic Development Centre IDC, and National Council Of Muslim Youth Organisations NACOMYO, among others.

Butu not only represented NACOMYO, he was also an adviser with the Adamawa State Muslim Council, Yola

Butu has made both physical, moral and financial contributions to the activities of the above mentioned associations; hosting workshops, seminars, skills acquisition, other empowerment and donation of vehicles for which being a functional alumni, General Murtala Muhammad College, GMMC Yola, was a beneficiary.

IPMAN’s leadership success could have been that which endeared the youth in Adamawa State to invite him into politics for a governorship, in his early 40s, in tune with the not too young to rule at, earlier than the bill would get to be initiated by one of his friends and brother, Sen Abdul Aziz Nyako.

Butu withdrew from the governorship contest under KOWA party he funded, to back governor Murtala Hammanyero Nyako, Baba Maimangoro, he addressed as father who has more to offer to the state.

Butu was a nominee for the Periscope 2017 productivity award.

Commenting on the irreparable loss, Alh. Yusuf Nadabo Usman, IDC member and former general manager ATV Yola, who was also a 2017 recipient of the Periscope media managers award, currently with the NTAi Abuja, lamented that it was indeed a great loss.

“We will really want to be on Network News” was his last utterance to me, a month ago. This last voice echo sounded in my ears upon hearing of his demise this morning.

“O Death! We believe you will act at any appointed time and you have. We are grieved by this act. We will mourn his departure. A vacuum is created. We believe that Allah will fill it for us. Ameen.

“We will keep praying that Allah forgive his shortcomings and reward his good deeds.

“To his family, we say, pray more, pray harder and pray fervently. Be consoled by the fact that every soul must test death.

“May our last moments be the best. Ameen ya rabbil aalameen.” Nadabo prayed.

The Periscope management also reminded the citizens that Covod-19 is not over until it is declared totally over by the WHO. It therefore called on the citizens not to relent complying with the protocols spelt out by the NCDC as prevention is better than cure.
PEACE!