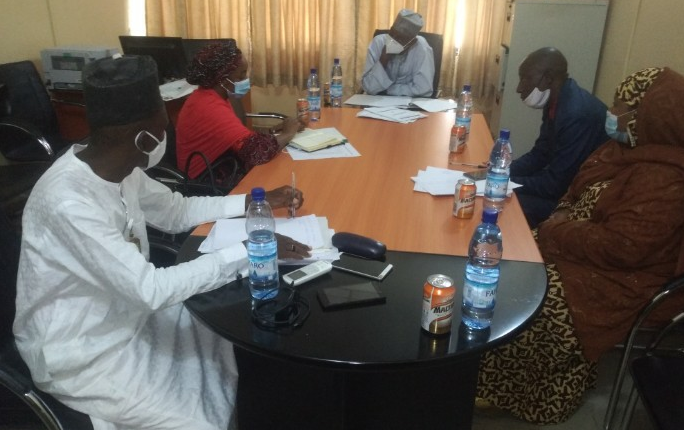 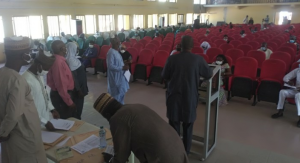 The health facility has conducted promotion examinations to her qualified members to fill the required vacant positions. The promotion exercise would have been conducted in the first month of the New Year but the Covid-19 pandemic has forced the postponement.

The health facility has also organised the 2019 Best Ward Of the Year Award, which identified all the wards as being distinguished with distinctions in the sense that they all scored above 90%. 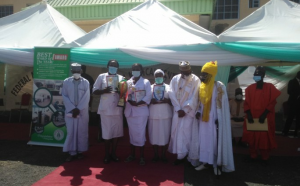 However since a choice of the best among the outstanding would have to be made, the Paediatrics Surgical Ward won the 2019 best ward of the year.

The ward assessment and award was a monthly exercise being introduced by the Medical Director of the hospital Prof Auwal Muhammad Abubakar to ensure quality control, effective and efficient service delivery.

The award ceremony would have also held earlier than last week but for the Covid-19 pandemic.

The North East Development Commission, NEDC has visited the health facility to study the activities and the impact of Hospital Paupers Fund, HPF Yola on the indigent in-patients.

The visit was in response to the letter by the fund managers as part of the fund raising initiative due largely to the growing number of the beneficiaries.

Dr. Fatima Baba Ari is the Health Programme Manager of the NEDC. She commended the HPF initiative and the entire activities, which she said it would be be good to have it established in the healthcare facilities across the North East.

NEDC was provided with the details of the activities of the HPF Yola and was taken round to interact with the beneficiary in-patients.

Dr. Fatimah’s empathy would not let her go without extending her generosity to the patients. The act considered by the patients as a great expectation, which attracted prayers by the beneficiaries for the intervention.

Dr. Fatimah revealed that the NEDC visit to the state was to find out how to intervene effectively in HPF activities and to empower Medical Laboratory Department of the State Specialist Hospital Yola to be able to carry out screening and testing for Vivid and other infectious diseases. 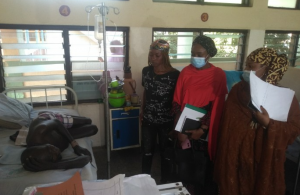 HPFY was established in the year 2015 by Prof. Auwal Muhammad Abubakar led management of FMC Yola, having realised that some of the patients admitted in the health facility were unable to pay for the necessary services rendered, namely; investigations, surgery, medication, management and bed space.

The frequency of such experience kept increasing at an alarming rate; with a view to addressing the challenges, the management of the health facility set up the Paupers Fund Committee to solicit for funds from individuals and groups, to be able to pay for the services rendered to the indigent in-patients.

Preliminary activities to do with registration of the fund’s scheme with a view to facilitating opening of bank account in addition to formalising the platform and the framework; to do with fund raising such media advocacy and contacts, took immediate effect. However, financial intervention by means of footing the bills of indigent patients was started about a year later, in June 2016.

The fund’s scheme is guided by the following terms of reference:

* To seek for funds from individuals, groups and corporate bodies, so as to pay for services rendered to the indigent in-patients by the health facility.

* To scrutinise those recommended for assistance ensuring that they met all the laid down criteria for the free medical services.

* To On the bases of facts, authorise the hospital authorities to effect the required services.

* To, at the end of the entire treatment, confirm the cost of services rendered.

* To periodically pay the amount for the services rendered through hospital’s Treasury Single Account TSA.

There is the screening process to be followed before an indigent in-patients can access free medical services as follows:

* The beneficiary must be an in-patient with a Hospital Number.

* The doctor/team of doctors managing the patients will identify who are those needed to be considered and recommend same to the Head of Clinical Services HCS.

* The HCS will invite the social welfare unit of the health facility to screen the requests. Social Welfare staff is an internal member of the fund’s scheme.

* The social welfare will get to interview the potential beneficiary with a view to ascertaining that the patient being considered, has no means either directly or indirectly in meeting the cost of the services.

* While confirming that the patient met the criteria to benefit from the funds, the details are forwarded to the HCS for approval for the person to be funded from the Paupers Fund account.

* On the basis of the HCS’s approval, the Chairman of the HPFY will give clearance for the recommended amount to be committed.

* Emergency Cases: Where emergency is the case, the patient is first treated before procedure is followed to ascertain the eligibility of the in-patient.

* After a patient is approved to benefit from the fund’s financial resources, the hospital staff member responsible for the services to be rendered is duly informed and the beneficiary is attended to, for an amount equal to but not exceeding what has been approved by the HCS.

* At the end of the treatment, the detailed expenses on the patient is collated and scrutinised by the welfare staff and the secretary to the fund’s scheme to arrive at the actual amount to be paid to the hospital.

* The actual amount is then paid to the Single Treasury Account TSA of the hospital. This arrangement is done without any cash exchanging hands; funds received are deposited into the account of the HPFY; payments for services rendered are made through the TSA of the FMC Yola.

* The maximum amount to be approved by the HCS per patient is N70,000. Where there is need for a higher amount than that, a further approval of the HCS is required.

* Experience has shown that very few cases require funds beyond that initially approved by the HCS.

* The average expenditure per patient in the last 3 years has never exceeded N40,000 as can be seen from the earlier analysis, justifying that the the ceiling of N70,000 per patient is adequate. 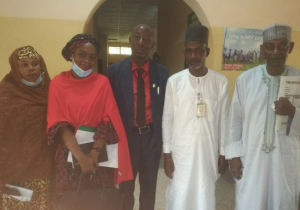 The above is taken from the HPFY’s 2019 annual report, excluding the committee’s activities for the Year 2020.

Please donate generously. It’s a worthy sowing to reaped in the day hereafter.

For further inquiries, HPFYola’s secretariat is cited in FMC Yola.

The following is the list of HPF members who were at the meeting:

Nigerian-Americans on the Rise