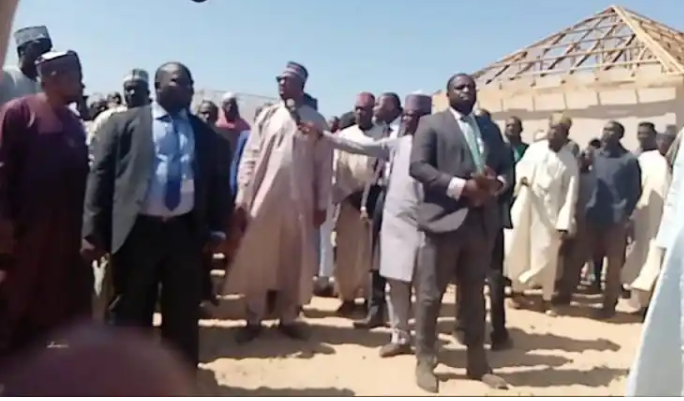 The Federal Government has released the sum of N3.5 billion to the Borno state government for the first phase of 10,000 housing intervention to fast track the rebuilding and resettlement process in the state.

The Borno state Governor, Prof. Babagana Zulum who made this known on Wednesday when he paid an inspection visit to 1000 Housing units in Dalori village in Konduga local government area of the state.

“The Federal government has released the sum of N3.5 billion to the Borno state government for the first phase of its housing intervention in the state and we have judiciously utilised the fund.

“We are constructing 1000 houses here in Dalori and another one in Kalameri and both of them have reached 70 percent completion. We are going write to the Federal government for the release of more funds”, Zulum stated.

Zulum said the federal government has also released the sum of N1.3 billion through the ministry of agriculture for Rural Grazing Area (RUGA) farming and another sum of N352 million to the Ministry of Humanitarian and Disaster Management for Livilihood support to IDPs as they return to their communities, adding that the state government will also compliment the effort of the federal government by building healthcare facilities and water supply.

The governor said ”you can see here 608 housing units have reached about 79 percent completion. The state government is also going to drilled 2 boreholes and hospital to the housing units here in Dalori to compliment the Federal government.

“We are undergoing 1000 housing units each in Monguno, Gwoza, Damboa. We are planning to closed all IDPs in Maiduguri on or before May 29 2021.”

While commending President Buhari, the ministries of Humanitarian Affairs and Agriculture, as well as North East Development Commission for their intervention, Governor Zulun assured all IDPs that the federal and state governments are committed to rebuilding back their houses.