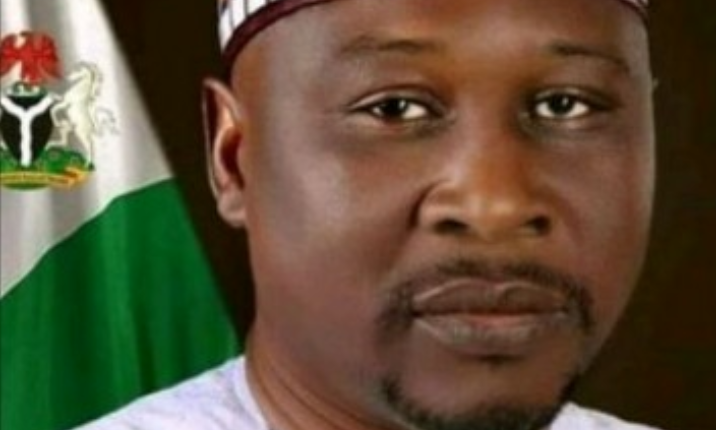 One would have thought that 2023 is a long way to go and enough to build bridges, to mend fences and to cement cracked walls enough to usher in politics without bitterness for the electioneering atmosphere.

While some politicians who decamped to the ruling party, the PDP in Adamawa state disclosed that their decisions were informed by the unprecedented achievements of governor Ahmadu Umar Fintiri but before the celebration of the teeming defection could get to be over, a letter from the former media aid to the then acting governor who is the present governor Fintiri, Mohammed Mayas has ushered in a different narrativisation in which the former master was painted as predator; corrupt, ethnic bigot, selfish, anti progress, vindictive and with the air about selectivism as departure from the real known Fin-3-star of progress and human conscience.

The present media aids to the Fin-3-star, seen as tsar of progress, hence tagged from the ATM to Fresh-air were not to find it comfortable with the letter to their master issued by the former media aid they regarded as one seeking for undue significant by signing for attack.

Mohammed B. Tukur is a senior special assistant on new media to governor Fintiri, who in a rejoinder to the letter to his principal by a former aid, described Mohammed Mayas as nothing and nobody other than a hibernated misfit merchant of mischief who takes to attacking Fintiri as a theology to evangelise aimed at attracting undue attention.

Below is the full text of Tukur’s rejoinder:

RE: LETTER TO HIS EXCELLENCY THE EXECUTIVE GOVERNOR OF ADAMAWA STATE RT HON AHMADU UMARU FINTIRI

In times of politics of animosity, the first victim is the truth. Truth is murdered on the altar of duplicity. Incompetent politicians lie to score cheap political goal against their opponent. This is gradually becoming a political norm here in Adamawa State where mischief has become a political weapon of the opposition against the vibrant leadership of the PDP’s Governor Ahmadu Umaru Fintiri

It is sad that former Adviser on Information and Public Affairs to Governor Fintiri in 2014, and now Assistant Publicity Secretary of APC, Hon Mohammed Mayas has jumped into the ring of mischief to do the dirty job. But like others, he has failed to prove his case beyond reasonable doubt in the court of public opinion.

Adamawa citizens are presently wiser, because they bow to strength of superior argument. Egoistic tokenism no longer flourish. Mayas and his cohorts, merchandising falsehood need to know this, because it has failed and will continue to fail.

To start with, placing side by side, the Fintiri of 2014 against that of 2019 raises a lot of questions on the personality of Mayas and his political idiosyncrasy.

Let me quote him first.

“In 2014, you were more of a servant to the people than a leader…. In 2014 you talked less and listen more, and considered objective criticism as an integral part of good governance, so hardly you disagree with your critics without cogent reasons.

“You operated an open and transparent Government I can still recall how you felt about the Unity of this state. Your vision to the state was very strong at that time,all this make our govt very strong and weakened the opposition at that time….Remember how you swiftly moved into action after your inauguration as an acting governor in 2014, by flagging off road projects within state capital and beyond,in less than one month you face lifted the entire state capital.”

If this was the Fintiri you worked with in 2014, why did you chose to support another candidate that could not match his track records of 2014, giving that he was still bearing the assertion of the 2014?

If you sacrificed the great vision you saw him with in 2014 even at the time he had not exhibited the so-called 2019’s you claimed he has, by supporting another candidate; what was your interest?

Are you sure your choice of working against Fintiri as you claimed, was for the best interest of the common people of Adamawa State, or personal aggrandizement?

It is clear that you are a bandwagon politician who thought Fintiri would not win, so you abandoned him.

But let me dwell more on the unsubstantiated issues you raised. There is no difference between the present Fintiri and that of 2014. Instead, Adamawa is seeing a more matured Fintiri than that of 2014.

If fire can consume a tortoise with iron coat, why not a fowl with feathered gown?

And you can see it clearly as sprouting mega projects have changed the entire development masterpiece of Adamawa state.

Take the Jimeta Flyover for instance. It has launched Adamawa State capital into the comity of modern cities in Nigeria. Almost all the projects are at final touches. However, you know the fact that HE inherited the state in a comatose situation.

Be put on notice that HE is more matured now and is running on his own team without the pressure of stoking the ego of any local potentate. It is therefore expected that the likes of Mayas will feel aggrieved for not reaping where they have not sowed. Simply put, they put their bets on the wrong horse and lost their deposits.

The alleged dismissal of 10, 000 youths from civil service is another blatant lie. There’s nothing like that, I challenge Mayas to bring the list of the said 10, 000. It’s 4, 000 base on committee report and they have gone under screening and those with genuine papers that are qualified are reinstated presently working while those that are not, have been given room to apply for another job.

Talking about jobs, just recently, governor fintiri has employed 2000 in primary healthcare and currently employing 2000 in post primary schools. This is coming at a time most states are being stocked down with the present economic realities and are not able to executive projects or offer employment.

Not being tolerant to opposition is another fallacy of hasty conclusion and ignorant generalization. It is on record that, HE has appointed more than 10 people from the opposition parties in his administration as Senior Special assistant, Special assistant, board members and parastatals and special advisers. This is the first of its kind in this state.

One of the most unintelligent arguments one will advance against the vibrant leadership of His excellency Governor Fintiri is the balkanization of Adamawa State, which you just did.

You forget so soon how His excellency handled the delicate Herdsmen/Farmer crises. He has changed the narrative of Adamawa irrespective of ethnic or religious colouration that every body can see with his eyes. I challenge you to bring up your facts, if you feel contrary.

It will not be a bad idea for the likes of Mayas to conduct research about states in Nigeria that pay workers salaries on 22 to 23 of every month. Here too Adamawa blazes the trail. Comparatively, this wasn’t the case in time past.

The last administration held local salaries of government primary health care and local education authority for 5 to 7 months respectively. Today this is not the narrative.

May I advise Mayas and all his co-conspirators to desist from unfounded mischief and willful blackmail because HE cannot be distracted by petty miscarriage of truth. To thunder is not rain, says a popular African proverb.