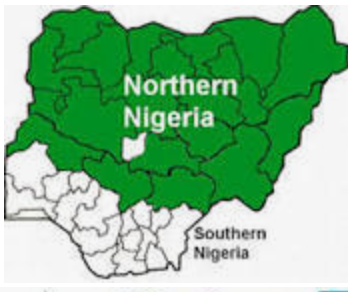 The spectre of insecurity countinues to loom large over Northern Nigeria. Yet, the region appears unable or unwilling to call out those whose responsibility it is to ensure safety of lives and properties or even create the environment that would just allow a large chunk of her people to suffer their acute poverty peacefully.

The politicians, traditional rulers and Mullahs who led the charge of lamentations in time past have dissapeared from the scene* or maybe they are blind to the current reality.

No more inciteful international radio interviews accusing the centre of incompetence or negligence or both.

No more loud sermons from the pulpits yelling out conspiracy theories accusing others of willfully trying to destroy the land of sardauna. Today, insecurity has become more rampant and devastating in impact on the region than at any other time ever in history.

Before the diminished army of status quo defenders bay for blood, let me contextualise my assertion above for clarity.

At its peak, even the lunacy of Boko Haram (the region’s greatest security challenge to date) was LARGELY a problem of Borno, Yobe then other North Eastern states felt the residual effect but not on a scale of the kanemi states and neighbouring Adamawa.

Yes, they registered a presence of Evil in Kano_ North Western Nigeria but never really got a foothold there.

However, today_ while the North East remains an unending zone of agony and misery inspite of the boasts and claims. The caliphate states plus Niger are reeling under the weight of, and bleeding from the evil of bandits and terrorists. Kaduna _Kano _Katsina’s cases need no mention again. Nassarawa, Kogi and FCT have joined the loop. Benue is a recurring decimal.

In summary, nothing represents the inexplicable, embarrassing, undeserved and unfair state of hobessian security situation in the north today more than the infamous ABUJA_KADUNA Highway.

Instead of seeing this reality as it is and shouting out to the rooftops against it, the attack men of yesterday have suddenly become mute, dumb

Or in the case of the mullahs discoverd scriptural justifications for people to be tolerant and endure the tragedy occasioned by failure of Governance as a “trial from Allah”.

Speak no ill of leaders is the new charge from the pulpits but pray what were they engaged in against yesterday’s government?

Why were the misfortunes of yesterday not acceptable also as a “divine trial”?

Religion is about justice So why is it ok to call out a leader in bowler hat under whose watch people were being needlessly murdered but the same treatment cannot be offered to another who is in BabbanRiga and the greatest beneficiary of the region’s voting strength when a worse security situation was birthed, nurtured and is raging under his watch?

_Please who can lecture me a bit on hypocrisy?_

If the peoples of Northern Nigeria do not unite, create a common front and speak out LOUDLY against the gradual yet sustained SYRIA_nization, IRAQ_ification and YEMEN_isation of the region where human life is worth no more than a fly’s, I fear for what the future holds.

If the thinking is that one of our own must not be called out inspite of the glaring inadequacies of his reign, such a reasoning defies Reason.

In conclusion, I offer a warning to all of the North that if this fast slide into total anarchy in the zone is not arrested, None amongst us will escape the unfolding consequences of this ugly spectre. Either on the roads or in our homes!

If President Muhammadu Buhari, a northerner and recipient of millions of peasant Northern votes since 2003 vacates office in 2023 with this persistent reign of terror across the North unabated, let all be braced for the worst subsequently.

One, Fixing the security challenge of the Zone will not be the priority of the next government which would rightfully be headed by someone from another zone.

And secondly but even more tragic is that in the face of inaction from the next government to the region’s plight, no one dares to raise a voice of accusation because, in the failure to demand for action and accountability from PMB the morality to demand same from another person in charge has been mortgaged and forfeited.

May God gives us the wisdom to know what is right and conscientious and the Courage to act according to the demands of justice, not denials, hypocrisy or ridiculous self consuming bigotry. Ameen