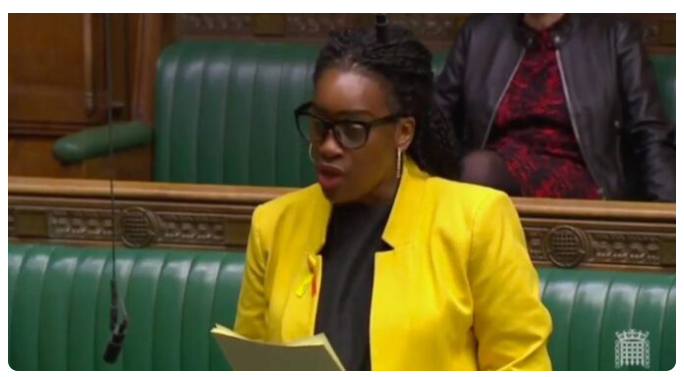 Kate Osamor, a member of the United Kingdom parliament, has asked the country to reconsider funding for some Nigerian security agencies she described as “corrupt”.

Speaking at the parliament’s debate on the #EndSARS crisis, the MP said the government should instead focus on poverty alleviation programmes.

She specifically kicked against the UK-funded training for former operatives of the disbanded special anti-robbery squad (SARS) which she said went on despite previous indictments of the squad.

TheCable had reported that the UK trained SARS personnel for four years through the CSSF-funded Nigeria Policing Programme, which ended in March 2020.

Describing the #EndSARS crisis as “regrettably serious”, Osamor said the UK must look beyond sanctioning the Nigerian government for alleged abuses and pay closer attention to its funding for certain programmes.

“Today, we need to consider how the government responds to both the movement itself and the violent actions of the Nigerian regime,” she said.

“We must also take this opportunity to look beyond sanctions into how development funding is spent in Nigeria.

“Instead of funding corrupt security agencies and investing in projects which do not benefit ordinary Nigerians, we need a new focus on poverty relief and anti-corruption programmes.

“At the very moment in which Amnesty International had declared SARS units to have been involved in extra-judicial killings, corruption and torture, the government was using the budget to train and equip those units.