Monarchy In Maiha: Mahmud The God, the People, The Emirate Council, The Court And The Governor Approved District Head 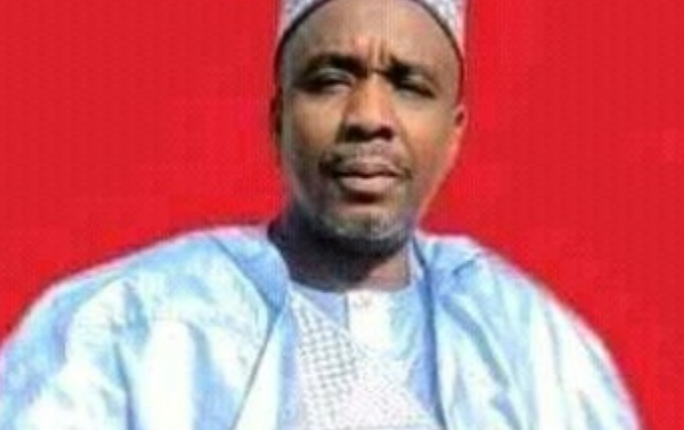 The story started about seven years ago with the death of Alh. Abubakar Sulaiman, Ubandoma Mubi, the district head of Jalingo-Maiha of blessed memory.

The road was smooth, the struggle wasn’t tough because the structure has been solid strong with the history beyond the myth that lies in the mystery and story from genesis of what constitutes the monarchy in Jalingo-Maiha, traceable from the Bn Fodio, which predated the plebiscite, the predators who would want to prey on the peaceful and faithful community would want to wish away.

What seemed to be tough is only considered by the sage as a conspiracy in the delay that resulted to a prolonged court action.

The legitimate natives of Jalingo-Maiha would not be deceived for their collective memory isn’t defective.

The monarchs of Jalingo-Maiha aren’t hypocritical cowards to have allowed someone arrogating to himself a seeming tyrannical decision hypnotised and/or narcotized by the corrosive power, as final in imposing by a rather executive coercion, an illegitimate to the throne; disordering the order without challenging anarchism capable of reducing an established monarchy to a ruined cottage that which would only be remembered by romantic poets who could be William Wordsworth’s second selves long after he’s gone.

“There shall come a governor who will by the God’s choice, the liked by the people, the selected by the Emirate Council and the decided by the law, dance; it this then than Jalingo-Maiha district will have a peaceful legitimate monarchy that could Marshall progress and development and peaceful coexistence against mutual mistrust”, a sage would tell the Periscope.

There wasn’t but there is the governor who would be worried that an approval document for a legitimate monarchy in Jalingo-Maiha has taken so long before it could get to his table for endorsement.

Rt Hon. Ahmadu Umaru Fintiri has not been to Maiha since after the campaign the ushered him as Adamawa state governor for sure. However, the first lady of the state has not only visited, the barrister with her entourages, has been to Maiha where she has financially empowered rural women for small scale businesses.

Fintiri has not been to Maiha. However, he has delegated his deputy governor not just to visit but to pray for peaceful coexistence, unity and progress for and in Maiha.

Fintiri has not been to Jalingo-Maiha. However, the sage would conjure up the reason attributable to the yet to be restored legitimate monarchy.

Now the governor will be in Maiha to celebrate and be celebrated, to assure the citizens that not only the monarchy but progress and development; the state presence shall follow its success.

It shall be a new dawn in Jalingo-Maiha from December, 2020, which shall start at the last week of the 11th month before the New Year by God’s grace, a sage would say.

This is just to congratulate the citizens of Jalingo-Maiha for having a legitimate monarchy restored in peace with Barr Mahmud Abubakar Sulaiman as the legitimate district head, the new Ubandoma Mubi; a new dawn in Jalingo-Maiha

Gov Fintiri Felicitates With Atiku @74, Says He’s The Greatest Politician Of Our Time