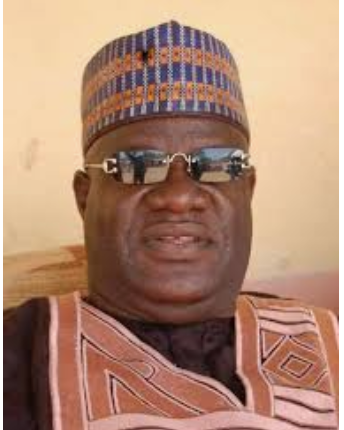 Pickpockets, the ‘Yan Shilla tauts aggressive activities and other forms of thuggery have almost come to pass in the state. This could not be unconnected with the prompt payment of salary for which all workers with the state and local governments enjoy in Adamawa.

The distinguished chairman revealed this to the Periscope Wednesday, seeking for update on electricity in the headquarters of Maiha local government hitherto subjected to total blackout for over two years following the activities of vandals.

Honourable Idi said that electricity has since been restored in Maiha as he promised he would address the issue. He explained that once there is electricity in Mubi, Maiha will equally enjoy it.

“The international security meeting I hosted has equally addressed the issue of banditry, kidnapping and other operations across and between borders,” the chairman revealed.

Idi added that the reopening of schools has to a significant extent, neutralises the adolescent and youth restiveness.

Idi has attributed the vandalisation and looting that have almost reduced the state to a republic of hoodlums under the guise of #EndSARS protests as exhibition of conspiracy, weak and wickedness perpetrated by those who if given leadership opportunity would end up mortgaging the community, state or country they would be entrusted to serve.

On the prompt payment of civil servants salaries, the Chairman said governor Fintiri must be commended bearing in mind that Adamawa could be considered a salary state.

“My point is simple, commercial activities boom for the most part with the payment of salary. Gone are the days when most parents, who are civil servants in the state wouldn’t send their wards to school because they wouldn’t be paid their salaries for several months. Commercial activities in most communities were also not brilliant, which invariably affected the revenue generation of the state.

“They said that salary is a right not a privilege. Agreed! However, you can recall that in this state, there was a government that wouldn’t pay workers’ salaries for over five months.

“It’s true that salary is a right, which must be paid. Yes! It should be paid. The question is not the payment, the when of the payment is what matters.

Lack of payment of salary as at when due reduces workers to debtors feeding on credit; sometimes even resort to robbing Peter to pay Paul. The salary eventually lacks value as it will end in payment of what is loaned.

Workers’ salaries in the state are consistently paid on or before 25th of every month. This can enable workers to plan being out of debt and save for rainy day. It also helps to improve the commercial activities in the state; that’s an aspect of security,” Rumbun Adamawa said.

Monarchy In Maiha: Implementing AG’s Interpretation Of Appeal Court Judgement Not Binding On The Governor