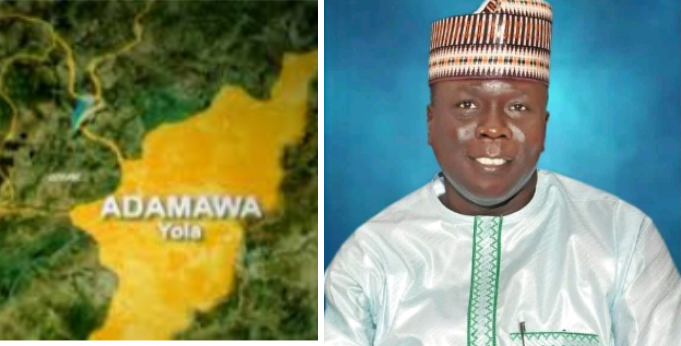 Newly established Adamawa State Contributory Health Management Agency CHMA is set to begin a state wide registration of all citizens so as to have access to quality and affordable healthcare services.

The agency would formally flag off the state wide enrollment exercise of the entire citizens by 1st quarter of 2021.

According to the agency, the state Governor, Ahmadu Umaru Fintiri would to kick-start the exercise where he would be enrolled as the first beneficiary of the laudable scheme.

The Executive Secretary of the agency, Dr. Amos Ujulu, made this known while paying a thank you/ courtesy visit on the State House of Assembly on Wednesday.

Ujulu who was received at the Assembly by the House Committee on Health and Human Services led by Hon. Hamidu Sajo Lekki PDP (Yola North) said that the purpose of the visit was to thank the members for their role during the process of amending the law establishing the agency in June this year.

Ujulu disclosed that the agency has been mandated by the amended law to register all the citizens of the state with a view to provide them with quality and affordable healthcare services.

In actualising the set objectives, according to him, the agency has an enabling law, which was amended, passed, assented to by Fintiri in June this year and gazetted, adding that they have developed some working tools including operational guidelines, business process manual, conducted capacity building sessions, sensitisation, visited first class chiefs and religious leaders. They would also visit market women and all associations among others.

He said it is expected that those in the formal sector, particularly the civil servants and those in the organised private sector make contributions to that effect, stating that for those in the informal sector especially pregnant women, children under the age of 5, elderly, physically challenged as well as people living at the Internally Displaced Persons (IDPs) camps would not are exempted from payment.

Ujulu pointed out that the state government has in its magnanimity provided 1% of its consolidated revenue that would be utilised to pay for the aforementioned groups of people, adding that the Governor has constituted a governing board as well as provided a befitting office accommodation for the agency.

He said that qualified people have been deployed from various agencies to man the agency, pointing out that they have full support of the government and that they are aligning all their policies and objectives to further ensure that the fresh air mantra is well entrenched and reaches every citizen.

Ujulu observed that the government has good intention for the citizens as its policy thrust clearly indicated and that the agency hoped to see a marked reduction in mortality rate and better health indices for citizens in the state.