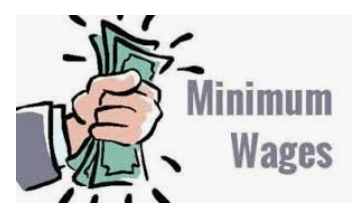 It is no longer the agitation for payment of outstanding salaries, promotion, Covid-19 and other allowances, by the health workers. The professional rivalry, clearly selfish, egoistic, childish, stupid and irreligious for not being brothers’ keepers that disunite professionals who should love for professional colleagues what they love for themselves, have given way to the collective pain associated with the lack prompt payment of salaries on ember months.

The month of November, having 30 days, has been extended to six days of December and still counting as workers with the federal government are for the most part, yet to receive their November salaries.

The development is contrary to the promise made when Integrated Payroll and Personnel Information System IPPIS as a salary structure was earlier introduced that salaries would be paid on or before the 25th of every month.

December is a very critical month full of festivities; wedding, Christmas and payment of house rents. One of the months in which prices of not only food commodities but every item rises like the sun.

November salary would have been used in planning for the festive period to be completed with the salaries of the month of December. However, as it is, workers shouldn’t expect December salary when that of November is yet to be paid.

FG workers who are not paid November salary are not fed adequately with the information as to the why of the disappointment.

The few that have got sketchy information attributed the disappointment to the shortfall in the monthly allocation while some staff have gathered that it is because their organisations have exhausted what was allocated to them in the year 2020 budget as a result of the implementation of the N30,000 minimum wage.

What novice will not comprehend is how organisations running similar activities could have dissimilar budget allocations and/or expenditures; while civil defence staff and prisons are being paid, the police and other paramilitaries are yet to have their November salaries.

Staff of ATBU Teaching Hospital among other teaching hospitals have also not received their salaries.

While staff of FMC Jalingo and FMC Keffi are for instance paid, the staff with FMC, Abuja, FMC Yola and FMC Azare are yet to receive their November salaries.