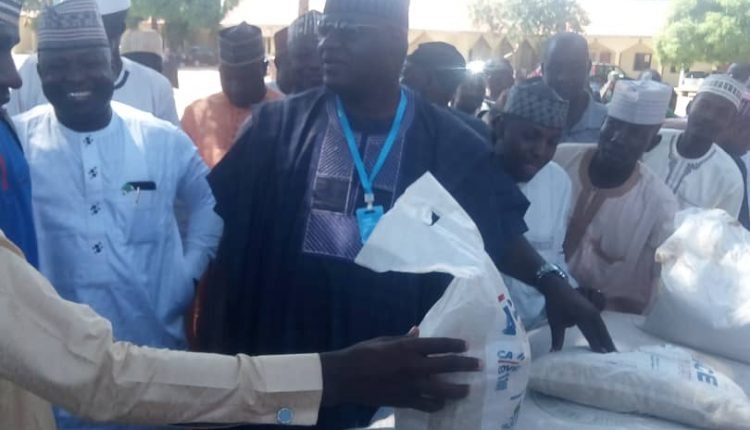 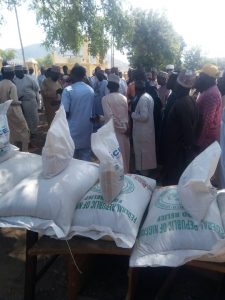 Idi explained that following the looting of the food commodities occasioned by the nationwide #EndSARS protests at the state’s silos in the state capital, meant as palliative for the indigent families to cushion down the socioeconomic effect of Covid-19, across the state, the Adamawa State governor Rt. Hon. Ahmadu Umaru Fintiri lobbied from the federal government to have more palliative food items.

Idi has called on the people of Maiha to give governor Fintiri maximum support and cooperation as he meant well for the local government and the state in general. 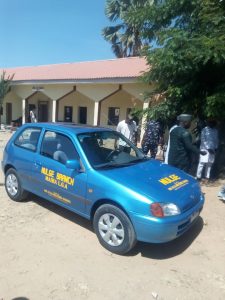 The chairman proceeded to Pakka district, where he kicked off measles campaign and immunisation where he also signed a contract for the renovation of local government housing units and hospitals.