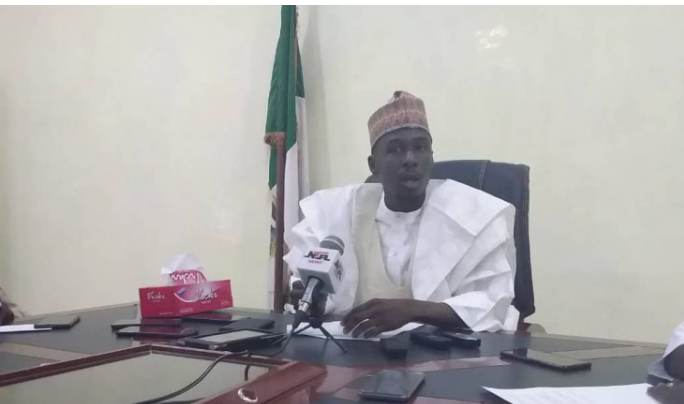 Bababe said the measure became necessary to check the proliferation of filling stations in the city centre which has now over 200 filling stations, adequate enough to service motorists in the town and its environs.

According to him, the proliferation of filling stations in the city has led many of them to be located in residential areas which is against town planning rules.

He said a committee had been set up to document such filling stations.

“We have more than 200 filling stations within the city centre.

“Some are under construction, some operational, and some are dormant.

“The committee’s report will tell us whether we need to demolish some or relocate them.

“But for now, it should be made clear that no more construction of filling stations,” Bababe said.

On BOGIS effort to update residents land documents, Bababe lamented the poor response of Maiduguri residents to the call on them to update their documents.

He observed that only less than 10 per cent of the public had responded to the government’s call since BOGIS began documentation and issuance of legal titles in the city early this year.

The executive secretary said the poor response of the public had compelled BOGIS to embark upon the marking of houses whose owners were yet to comply with the the agency’s call.

According to him, this has been done particularly in areas such as GRA, Polo, Damboa road, Lagos street, and former Assembly Quarters under Phase I of the exercise.

“Where we put “SD” on a wall, it means that the person has sub-divided the land without our consent, while where we put “CP” it means that we gave you the land for residential purposes but you changed it to other purposes,” Bababe said.

Bababe said BOGIS was doing its best to sensitise the public to the need to do the right thing.

He warned that the agency would compile a list of persons, who continued to ignore the call to update their land documents and forward same to the government for appropriate action.

Bababe advised residents who have erected walls in government houses sold to them on owner-occupier basis to demolish them “because what they bought was the houses and not the land.”

According to him, the occupiers of such houses need to demolish such walls and pay registration fee and stamp duties before BOGIS will process their Certificate of Occupancy.

On the removal of temporary structures on major highways in Maiduguri by BOGIS, Bababe explained that the measure was to “sanitise” the city in line with town planning guidelines.

He added that a shortlist of more than 1,000 houses built on water ways and marked for demolition had been forwarded to the government for final decision.

He also said that BOGIS had stopped construction work on the outskirts of Maiduguri along Maiduguri-Auno road, especially in areas considered to be for institutions and industrial purposes.

The executive secretary urged the public to show understanding for the efforts being made by the government to modernise the city, pointing out that “other cities in the world that people admire today had to undergo such transformation”.

FG to reduce petrol price by N5 from Monday