Reopening of universities: ASUU reveals when lectures will resume 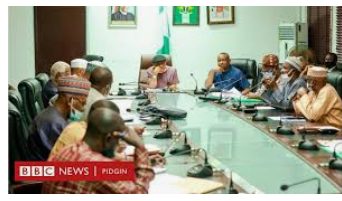 – The president of the union, Ogunyemi explained why it is important for the government to uphold its promises

The Academic Staff Union of Universities (ASUU) has said lecturers will resume when the federal government implements the offers it made to the union.

ASUU president, Prof Biodun Ogunyemi told The Nation on Sunday, December 6, that the government was yet to release the withheld salaries of some of its members.

The ASUU president pointed out that despite the latest offer from the government’s negotiating team, none of the offers made had been implemented.

Ogunyemi said, “The offers people are talking about are proposals that have timeless and some of these things are expected to have been happening. If those things they promised with the timeline can happen before we conclude our consultation I think the process will go smoother.

“A concrete example is the payment of our members’ salaries which have not been paid. If people are not paid I don’t think anybody will be willing to go back to work and other things that have timeline that we expect government to implement.”

He said it is important for the government to fulfill its part of the bargain.

Meanwhile, Senator Abdullahi Yahaya Abubakar has attributed the genesis of the series of the strike embarked on by the ASUU to the effects of the economic policies put in place by previous administrations.

Abubakar in an interview with Saturday Sun attributed the development to two policies put in place during the administrations of former presidents Olusegun Obasanjo and Ibrahim Babangida.

The senator who is a former university lecturer and founding member of ASUU said the abolition of school fees by Obasanjo and the Structural Adjustment Programme (SAP) by Babangida aggravated the problems in the Nigerian university system.