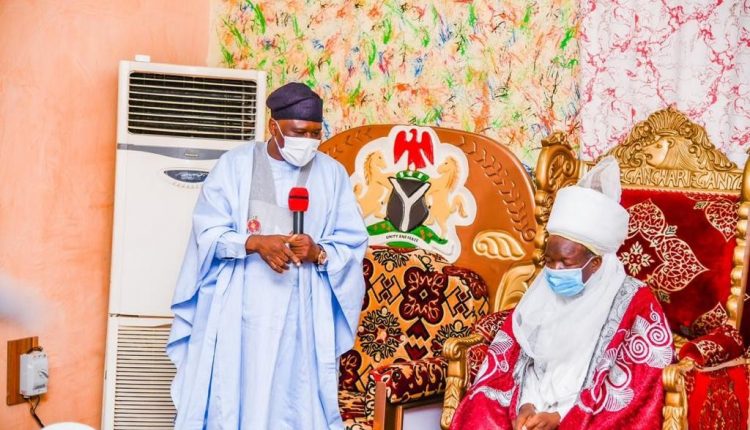 Governor Ahmadu Umaru Fintiri of Adamawa state has warned kidnappers and other criminal kingpins terrorising the state to either leave or risk death penalty.

Fintiri said state government would take a decisive action on anybody or group of people involved in kidnapping and other criminal activities.

“Let me make it clear again, if you know you are a kidnapper or associate, you either leave Adamawa state honourably, or if arrested, face death penalty.

“Enough is enough, we will no longer tolerate these unscrupulous criminals terrorising our peacef loving people.

“The state government and relevant security agencies in the state will work closely with traditional and community leaders to flush out the criminals,” Fintiri said.

Fintiri warned that any person or group that refused to allow people to live in peace in the state, would equally not be allowed to rest in peace.

The governor said that he was in the Chiefdom to officially kick start the upgrading of Ganye General Hospital to a modern health facility that would serve people of the zone, covering Ganye, Jada and Toungo Local Government Areas.

The royal father, lamented that the activities of kidnappers and other criminal elements were threatening peaceful coexistence and economic development of the area.

“Some of our prominent sons and daughters are now afraid of coming to Ganye due to kidnapping activity.

“Ganye Chiefdom has organised special prayers, which involved both Muslim and Christian Clerics for God’s intervention.

“We have started seeing the divine intervention where within a week, many kidnappers were arrested,” Gangwari said.

He advised the government to give much attention on Youth Empowerment Programmes for sustainable development and effective security.