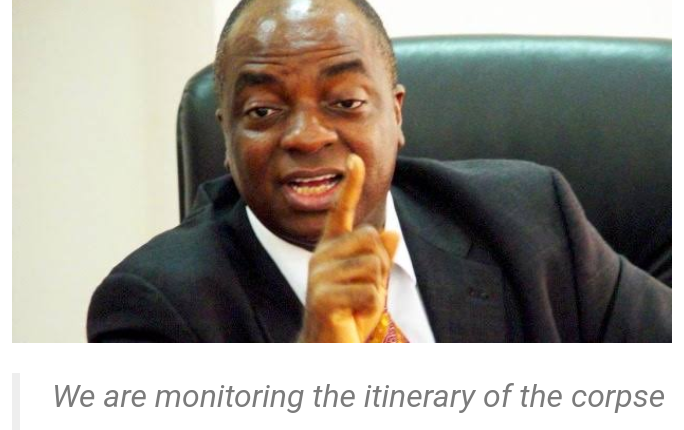 * We are monitoring the itinerary of the corpse from Ibadan to Omu-Aran – Prof. Oladimeji

Nigerian Muslim community have continued to shower encomiums on the late Alhaja Aasiyat Oyedepo, the stepmother of popular Nigerian Pastor, David Oyedepo, who died on Sunday, December 13, in Ibadan, the Oyo State capital.

The late Alhaja Aasiyat didn’t only die as a Muslim, reliable sources said she pronounced the Kalimah Shahadah on her death bed, in spite of obstacles she reportedly faced from relatives who wanted her to convert to Christianity.

The news of Pastor Oyedepo’s stepmother broke on Sunday by a Fulani Muslim, Dr. Aliyu U. Tilde, in an article, titled, ‘Farewell to a Yoruba, Muslim Princess’, and has become the most trended discourse among the Nigerian Muslims especially from the South West region.

While many on social media platforms, are openly praising her resilience in the face of difficulties, the Omu-Aran Muslim community led by Bar Abidoye in conjunction with the Chief Imam of Ansar-ud-Deen Central Mosque, Alhaji Sa’ad have began plans to give Alhaja Aasiyat a befitting burial in line with Islamic rites.

Muslim News findings revealed that the Janazah is slated for 1pm (Nigerian time) at the Ansar-ud-Deen Central Mosque in Omu-Aran area of Kwara state.

The Dean of the Faculty of Humanities, Al-Hikmah University, Ilorin, Kwara State, Prof. Abdul Lateef Oladimeji confirmed the development in an exclusive interview with Muslim News.

He said the remains of Alhaja Aasiyat has left Ibadan where she died on Sunday, adding that, “we are trying to be careful the way we manage information; as well as mobilisation for the burial. This is strictly a religious matter and should be handled with all caution.”

Speaking further, Prof. Oladimeji said he, alongside another respected Muslim scholar in Ilorin, Prof Aliagan are monitoring the corpse’s itinerary from Ibadan to Omu-Aran.

“We are also reaching out to Barr. Abidoye and Alhaji Sa’ad. We’ll try as much as possible to get her a befitting Islamic burial, in shaa Allah by 1pm on Monday considering the traffic from Ibadan to Omu-Aran. If that’s not possible, we have made provision for possible alternatives.”

When asked about why it may not be possible and the possible alternative, the former Deputy Vice Chancellor of Al-Hikmah University said the two children of the late Muslimah are Pastors; adding that they might kick against plans to bury their mother Islamic way.

“The possible option is Solatul Al Gaib, if it becomes difficult for us to bury her according to Islamic rites. This is because the children of our late mother are pastors. They took her to Ibadan and they’re with her corpse, as they headed to Omu-Aran. So, it is not likely they will release the corpse to us.

“There is no problem about that. If the burial doesn’t work, we will observe solatul gaib for her in Omu-Aran, Ilorin, and we have also called on Muslim brethren in Lagos to organise same in her name. In all, we thank Allah that she died as Muslim and she was able to say the kalimah before her death. Alhamdulillah,” he added.

Describing the late Aasiyat, Prof Oladimeji said she was resilient up to the last of her breath.

“She remained a Muslim, a committed one for that matter. That was why she chose to go for Hajj in her life time and since she returned, she has been an obedient servant of her Lord; observing Salat and fasting and engaging in other generous acts befitting of a Muslim. May Allah grant her Aljanah Firdaus. Ameen.”

Farewell to a Yoruba, Muslim Princess