DIALOGUE WITH MY COUNTRY: The North And Its Failed Political Industry; Weep my Brother 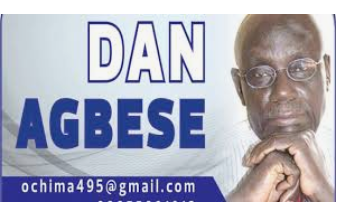 Chief Audu Ogbeh, immediate past minister of agriculture and chairman, ACF, was recently quoted as saying that politics is the only industry in Northern Nigeria. His statement intrigues me for two reasons. One, I have often wondered why the north, which has ruled the country longer than all the other regions put together is in dire straits. If it is only the industry, then it must be an industry that has failed disastrously.

Two, his statement reminds me of the famous statement made long ago by the late Alhaji Yusuf Maitama Sule. He said: “The northerners are endowed … with leadership qualities. The Yoruba man knows how to earn a living and has diplomatic qualities. The Igbo is gifted in commerce, trade… God so created us individually for a purpose. Others are created as kings, servants. We all need each other. If there are no followers, a king will not exist.”

I am not sure he spoke for the almighty but his statement, obviously provocative at the time it was made, was an attempt to promote the right of the north, for which read, Hausa/Fulani, to rule while the Yoruba and the Igbo respectively carry on with their divine assignments of earning a living and diplomacy and engaging in commerce and trade. If the man upstairs had not meant it to be so, he would not have given these tribes their special qualities. If each tribe sticks to its divine assignment, things would work well in Nigeria and for Nigerians because every tribe would mind its own business and in doing so, contribute to the peace and development of the country.

What Sule said was fiction and utter nonsense of course. But it has sat on the psyche of the north for so long that it has gradually acquired something close to divine imprimatur; or more correctly, an exclusive political industry nurtured by a warped psyche and sustained by a political engineering that has put the north at the head but left it hollow.

Power, political power, matters to the north because it is the only thing that matters. I have heard it argued with some passion that since the north could not compete in money-making ventures with the Yoruba and in commerce and trade with the Igbo, it is only fair that for it to be a major player on the national stage, it must hold on to the reign of power.

The late Chief Richard Akinjide once kindly invited me to breakfast in his London home many years ago. In the course of our conversation, he said, and he said it with biting contempt, that every stupid northerner, no matter how ill-prepared for leadership he may be, wants to be head of state. “And this,” he underlined it, “for no better reason than that he is a northerner and would always count on the full support of fellow northerners. No northerner I know disagrees with this provocative notion that his right to rule was given from above.”

Our conversation then shifted to a critical point: what has the north done with power or leadership? It is an important question. Northerners hate to address it. But however much we tend to shy away from it, there is no hiding the fact that politics as a northern industry is a failed industry. It has failed where it matters most: lifting the people from illiteracy, poverty and mind-boggling squalor. It only offers seasonal employment to young men as political thugs in election seasons. When the elections are over, the job ends and the young men find themselves right back where they were until another election season rolls by.

Northern Nigeria is merely and also-run in all the indices of social and economic development. About 80 percent of about 14 million children out of school are in the north. It took a southerner, President Goodluck Jonathan, to appreciate the damage the north is doing to its young people through the trado-religious almajirai system. Worried about the future of these children who beg to sustain their teachers, he built a number of schools specifically for them. The schools are not functioning because the northern leaders simply sabotaged them and the noble intentions of the former president came to nought.

When the Covid-19 hit the country, the almajirai were shipped from one state to another because they were deemed to be the responsibilities of their home states. No state governor would be the keeper of the almajirai who were not indigenes of his state. It was a pathetic abdication of responsibility. Toying with the fate of young people is unpardonable political rascality. Is this the correct use of politics as an industry?

In the times before these when Nigeria was an agrarian economy, the north, with its vast arable land and well-honed tradition of agriculture was the food basket of the nation. Our country’s food needs were met largely by northern peasant farmers. Northern cattle, sheep and goats provided the meat needs of the nation. The groundnut pyramids in Kano might be a fading distant memory today but they celebrated northern agricultural ingenuity. Today, what does the north contribute to the national economy? Ask the politicians who run politics as an industry in the north. Southerners generally regard the north as a parasite and a drag on national development. You cannot blame them.

None of the 19 states in the north is able to meet its basic obligations such as the payment of the salaries of civil servants and the pension of retired civil servants. They are comprehensively poor and impoverished. The difference between the northern states and the southern states in terms of resources and human development is clear. The south is soaring in modern development and the north is sinking in under-development. All the northern states must wait for the monthly handouts from the federation account.

Obviously, politics as an industry in the north is not booming. It is sterile. Never mind the fine babban riguna won by our political leaders, strutting the political stage in fine examples of conspicuous consumption. Things are not what they want us to believe.

Nigeria, as you know, is the poverty capital of the world. Northern Nigeria is a major contributor to our national level of poverty. The rate of poverty is as follows: 77.7% in the north-west; 76.3% in the north-east and 67.5% in north-central. The fault lies with the managers of the political industry. An industry should yield better dividends than these.

Two scholars, professors Aslam Khan and Lawan Cheri, undertook a study in which they homed in on poverty in the north. In the report titled An Examination of Poverty as the Foundation of Crisis in Northern Nigeria, they wrote:

“Northern Nigeria is a region that contradicts its natural endowments. Despite the existence of many economic resources such as tin, kaolin, a variety of agricultural products and a huge fertile land, the people remain in abject poverty leading to a plethora of crisis in forms of insurgency, electoral violence and crime. …Northern Nigeria becomes a hub of joblessness, crime, illiteracy, maternal mortality and terrorism.”

This is what politics as an industry has done to the north.