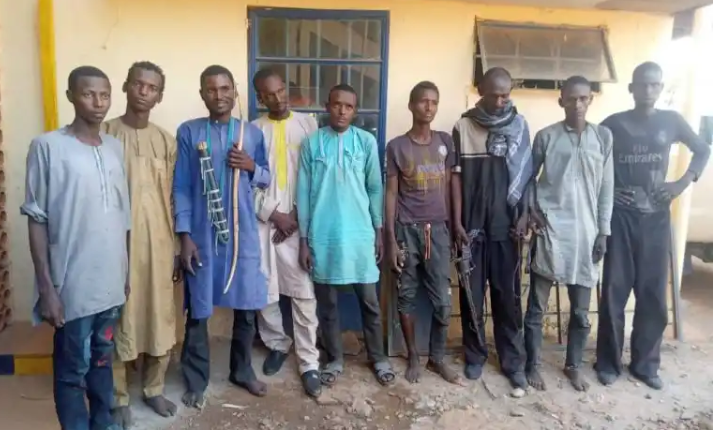 A statement issued Monday by the Police Public Relations Officer, DSP Sulaiman Yahaya Nguroje revealed that the operatives attached to Song Police Division have rescued two citizens; Babawuro Damuwa and Yerima Musa of Song village during a raid on the kidnappers’ den.

”Upon receipt of the report, the commissioner of police Olugbenga Adeyanju, deployed a combined operatives of police and hunters who eventually rescued the victims and apprehended the suspects.

”Findings so far reveal that the first and the second suspects came all the way from Yobe State and recruited the third to ninth suspects and they eventually formed syndicate to be carrying out kidnapping activities.

”Investigations further revealed that the gang planned to carryout the second operation before their arrest,” the statement said.

Meanwhile, as part of efforts in tackling kidnapping and other related offences, the commissioner of police is working to deepen intelligence and strengthen security in the state.

Covid-19 Second wave: FG orders GL 12 and below workers to stay at home for 5 weeks