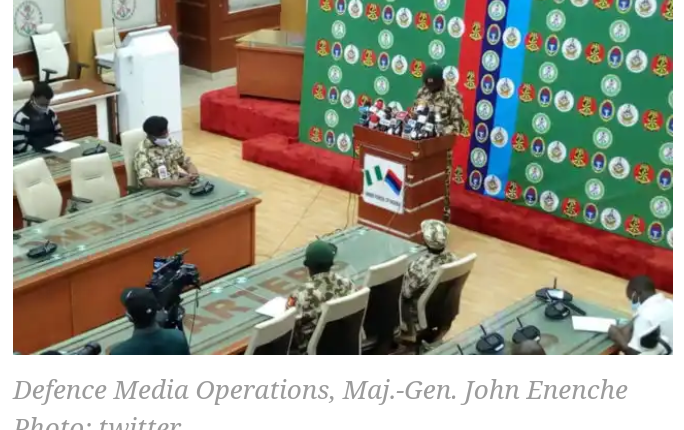 The Defence Headquarters has promised to investigate the allegation that troops of Operation Lafiya Dole were involved in extortion at checkpoints on major roads in Borno.

Gov. Babagana Zulum of Borno had on Monday alleged that security personnel including soldiers were collecting money from travellers on major roads in the state to the detriment of their duties.

The Coordinator, Defence Media Operations, Maj. Gen. John Enenche, in a statement on Tuesday, said the Armed Forces of Nigeria have internal mechanisms to check erring personnel and sanction them appropriately.

Enenche said that reported cases of extortion from the public had always been investigated and given the desired attention.

He, however, faulted what he described as “the media or open-air accusation” to tag gallant Nigerian Army personnel as extortionists in checkpoints in Borno.

According to him, all personnel of the Armed Forces are patriotic and focused on their call of duty.

“The High Command of the Nigerian Military hereby re-states the commitment of the Armed Forces of Nigeria and other Security Agencies to tackling and ending terrorism in the North East,” he said.