No Truth, No Trust And No Progress I

* It is our culture to steal from each other. Wives steal from husbands, Imams and Pastors steal from church and mosques. Civil servants steal from government and teach politicians the methods of doing so. We hail everybody who gives money regardless of the source 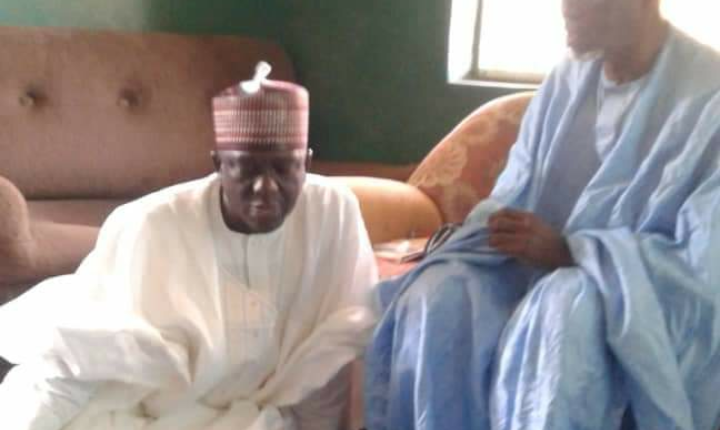 I think truth and trust belong naturally in a country’s culture. I also think that it is because we neither have truth nor trust in our culture, that is why we are yet to make any meaningful progress economically, socially and politically as a nation and as individuals in the nation. Our culture is the chief source of our underdevelopment. Here is what I mean.

In 2002 I met a guy called Bulus in the airplane on a journey from Yola to Abuja. In the course of our discussion, Bulus informed me that he is a businessman engaged in installing ‘pure’ water machines. He told me, as if I didn’t know, that cold drinking water is the most priced commodity in Adamawa State because of our temperature which make drinking cold water a need almost all year round. He then urged me to establish a ‘Pure’ Water factory. I agreed.

Based on Bulus’ advice I established SALSABIL WATER, the first ‘pure’ water factory in Fufore. Unknown to me my employees would go to the factory at 1 or 2 am, produce water and by 6am their truck would have delivered ‘their own water’ to Gurin on Fridays and to Chigari on Tuesdays.

In the morning, when they come to produce ‘my own water’ they asked me for money to buy diesel and when I send the money from Abuja, they would tell me that they are short of ‘leda,’ the packaging nylon for the water. I would then call Kano and order for more. Then they would tell me that the generator had developed some fault and I would also send money. Then I would pay them salary at the end of the month, which was from my pocket.

It didn’t take me long to realise that what my employees were doing was ‘employee theft’ which kills most of our businesses and often kill many businessmen and women in Nigeria. Because of ‘employee theft’ which is our culture, I was losing sleep and peaceable enjoyment of my precious time because I was on the phone all the time risking my health as I shouted at them, often at the top of my voice, and the company was perpetually in debit from Fufore Microfinance bank.

Then I heard a rumour of what was going on. As a stop gap measure, I changed the ‘Megadi’ and asked the new one to pretend to be sleeping anytime the employees were producing water, which they do in the night. In one particular night, he overheard one of them saying “na odo Abuja on na, cede mere be hebata ton ai, en hosa gedal men tan”. In other words, what they told themselves was that I was in Abuja stealing money and that they too should help themselves.

Today as I come to understand, because of ‘employee theft’ which is our culture, we do not trust each other. And I have since learnt that anywhere there is no trust among businessmen, the nation would not develop economically, socially and politically. Truth and trust are virtues we do not have.

As a result of lack truth, I could no longer trust my employees. So I packed off the ‘pure’ water producing machine, a Koyo make that was made in Japan. I closed the factory, the employees lost their employment and therefore means of livelihood, I lost my investment, the general public lost the source of one of the best quality drinking water in the area, the Community Bank lost business and because of similar culture of ‘employee theft’ in my area, the Community Bank (Fufore Microfinance Bank) has it’s banking license withdrawn.

Lack of truth in most of us leads to distrust amongst us all. It is a culture that is undoubtedly intrinsic in us. It is our culture not to ask anybody (politician or not) the source of their wealth. It is our culture to steal from each other. Wives steal from husbands, Imams and Pastors steal from church and mosques. Civil servants steal from government and teach politicians the methods of doing so. We hail everybody who gives money regardless of the source.

What we do not realise is that progress or lack of progress by nations and individuals depend both on tangible and intangible factors. Whereas the tangible factors would include geographical location, as I always give example with the North, the key intangible factor is human capital in the “radius of trust” within which individuals cooperate in economic and social endeavours. And it has a cost.

In economics, the cost is called ‘opportunity cost’ or ‘alternative cost’ which is taught in O level economics. It was in Aliyu Mustapha College I learnt that opportunity cost is what an individual forego in order to have another commodity. In other words, opportunity cost is “the loss of the benefit that could have been enjoyed had a given choice not been made.”

If my former employees had not made the choice of killing the ‘pure’ water factory, they would still be working and earning salaries, the community would have been enjoying the water Fufore called “mbeldam”, our Microfinance Bank would be in existence, its employees working and taking care of their families. This is at the MICRO LEVEL in a small factory in Fufore.

At the MACRO LEVEL, opportunity cost of monies you collect from politicians and put in your pocket; is stolen by the politician from the monies earmarked for building hospitals, schools, roads, and enhancing electricity and water supply. An opportunity that you lost because you have taken the money from the politician or from the civil servant in your area.

Our culture does not even frown at corruption. It is because of our culture that we do not care about the effect of telling lies, nor truth and honesty. Our culture has made us not to know the cost of corruption in an economy. Cost of corruption does not consist solely of the bribes paid, the money stolen or the goods pilfered. No, no no, these, to me, are all internal transfers.

If we understand the concept of OPPORTUNITY COST very well, we would have known that the main cost of corruption consist of things that are not done. What are the things that are done? These are –

This our culture is so terrible. Do you realise that by our culture anybody who gives money (politician or not) shi ne ake kira “kai wane yana alheri”. ALHERE fa? What a culture that we have.