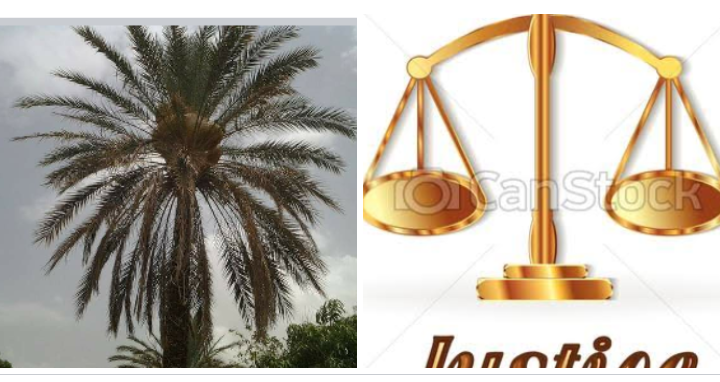 The palace in Jalingo-Maiha district is as empty, as barren, as abandoned, as it has been, since the journey of no return to great beyond embarked upon over 6 years ago, by the late district head, Alh. Abubakar Sulaiman the Ubandoma Mubi of blessed memory.

The District Head of Jalingo-Maiha of blessed died on Wednesday, March 19, 2014, to be precise.

The heirs to the throne were promised during the Nyako led government that from among them shall appear a successor.

Former governor Bindow, alleged to be deluded by seeming political tricksters, tried in vain to twist the fate. It was metaphorically, nailing his second coming into the coffin he, like a wood carver, carved out. The shameless conspirators would with conspiratorial voice, tell the defeated to carry his cross. Jesus wept!

Calvin would in “Barbershop” ask, “Do you know why jesus wept?” I’ll ask, did you watch “Barbashop”? It’s a black American movie, with O’Shea Jackson, known by his stage name as Ice Cube; actor, filmmaker and a rapper, acting as Calvin. He has the Barbashop, that bears the title of the movie. 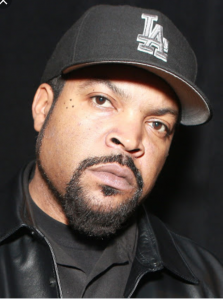 Rap music serves as a form protest rhetoric, a social protest kind of, used by the oppressed Black Americans.

It certainly would not be any hip-hop, at the planned Jalingo-Maiha maiden march, tagged “Peace Pilgrimage”, in protest against alleged ethnocentric, politically motivated undue delay in implementation of the Court Order, three months after the determination of the Appeal Court.

But did Jesus actually weep, for what reason would he have to weep?

“Jesus wept” is a phrase famous for being the shortest verse in the King James Version of the Bible, as well as many other versions. It is not the shortest in the original languages. It is found in the Gospel of John, chapter 11, verse 35. See Wikipedia.

“In some places in the English-speaking world, including Great Britain, Ireland (particularly Dublin and Belfast) and Australia, the phrase “Jesus wept” is a common mild expletive spoken when something goes wrong or to express incredulity. … It is commonly used as an expletive in novels by author Stephen King”.

The humiliating defeat of Bindow at the poll in 2019, has set negative record as the first governor to loose the second bid and the second governor to be defeated by ordinary citizen before the law, after Wilberforce Juta, whose force failed woefully to disorder and established monarchy in Jalingo-Maiha and Belel districts both of Maiha local government, simply because the district heads have not seen any future in the party that produced him as deputy governor during the electioneering atmosphere of the early 80s.

Both Juta and Bindow claimed to have hailed from Maiha, but neglected the local government as governors. Their shared legacy was the attempt to disorder the monarchical order in Jalingo-Maiha that has long history, traceable from Bn Fodio.

Bindow’s humiliating defeat, out of elites’ anger, ushered in Governor Umaru Ahmadu Fintiri, who in the estimation of citizens, would be the light that would illuminate to eliminate the sorrow in darkness, even though handful of other electorates nursed negative impression about his would be leadership would be in anyway just and fair.

Fintiri was commended to have started well in restoring public confidence in governance. Especially, the way he effectively handled outstanding issues during his maiden state executive council meeting with the permanent secretaries, held on Tuesday, June 18, 2019, where the monarchy in Jalingo-Maiha was among the primary items on the agenda discussed.

having been given the briefs, governor Fintiri sensing injustice occasioned by the delay, was said to have directed that since the Yola High Court has, in a declarative judgement, on July 13, 2018, without any air about stay of execution pending the determination of appeal court, ordered for the governor’s approval of Barr. Mahmud Abubakar as the legitimate District Head and restrained Usman Shehu Idi the Bindow against the Emirate Council appointed, from further parading himself as district head, the court order must be honoured with further delay.

The maiden SEC meeting has commended the new governor for taking the bold step to end the seeming executive contempt of court.

It was later reported that Fintiri was advised to maintain the status quo spilled over to his government, to rescind his earlier directive by suspending the approval of appointment of the district headship of Jalingo-Maiha pending the Appeal Court determination

the Appeal Court judgement, that engaged the citizens in jubilation, which upheld the High Court orders, delivered on September 25, 2020, about two years later, was thought would bring an end to the undue executive delay in having the appointment of district head of Jalingo-Maiha approved, promptly too.

The delay in the executive approval, alleged to be intended to deny justice by allied aliens who would not want to have a Fulani taking over from his ancestors as district head, persisted 90 days after the Appeal Court judgement and still counting.

The conspirators, as alleged, proved to be chronic-know-nothing about the process of appointing a district head, were said to have challenged the Emirate Council’s nomination as fraudulently devoid of due process. Therefore, instead of honouring the court order, either the court nullified should be appointment, or the selection should completely be repeated.

The chronic-know-nothing, bewitched by Fulani hate programme, challenged the recommendation by the Emirate Council of the candidate who scored two votes out of seven in the nomination, for the approval of appointment of district head.

First, taking to a layman explanation, coining also as a similitude to the appointment of VC or CMD, names of the first three candidates that scored the highest marks would be recommended to either the state governor or the president as the case may be, to appointment any of the three, irrespective of their scores.

In the case of the traditional council, a lone candidate, selected by the Emirate from those nominated by the village heads would be recommended to the governor for unobjectionable approval.

“Of the Seven village heads that participated in the nomination process, on November 24, 2015, only two; Ardo Lukdira Usman Ahmadu and Ardo Wuro-Kawu Hamatukur Adamu have had the legitimacy to nominate and the duo nominated Barr Mahmud Abubakar Sulaiman the heir to the late district head.

“The remaining five village heads; Adamu A. Umaru of Jalingo Maiha, Ahmadu Abubakar of Nguli, Bello Magaji of Jalingo Bu, Hassan Hamman of Kwa’aboon and Ibrahim Hammajabu of Dede who nominated a candidate who was so drafted by any means manipulation to join the race, lacked the legitimacy to nominate because they were then, not formally and duly sworn-in as village heads.

“It is the irregularity that should have, in all manner of responsibility, been challenged with a view to sanitising the process rather than faulting the appropriateness of recommending a candidate nominated by the duly legitimate two and selected by the entire Emirate Council,” a sage would explain

The aggrieved youths of Jalingo-Maiha district articulated that the window period within which to file a case against the Appeal Court judgement before the Supreme Court has expired today; 90 days after judgement.

Jalingo-Maiha palace is empty of district over 6 years after the death of Ubandoma. Juta the alleged principal actor who would not want to have heirs to the stool has also transited to great beyond, along with two of the five village heads that nominated Idi; Hassan Hamman of Kwa’aboon whose heir was not to succeed him and Ahmadu Abubakar of Nguli whose death was recently announced.

“However, Adamawa state governor hasn’t approved the appointment of our district head as the courts directed, 90 days after the judgement and still counting.

“The questions that are remained to be asked are; where is the justice and fairness? Where is the executive non interference in the chieftaincy affairs?”

Guyuk Cement Industry; a dream come true with the signing of pact between BUA Group and Sinoma CBMI

Christmas: IBDFM President Felicitates with Nigerians, Urges Members To Use The Season To Pray For Nigeria