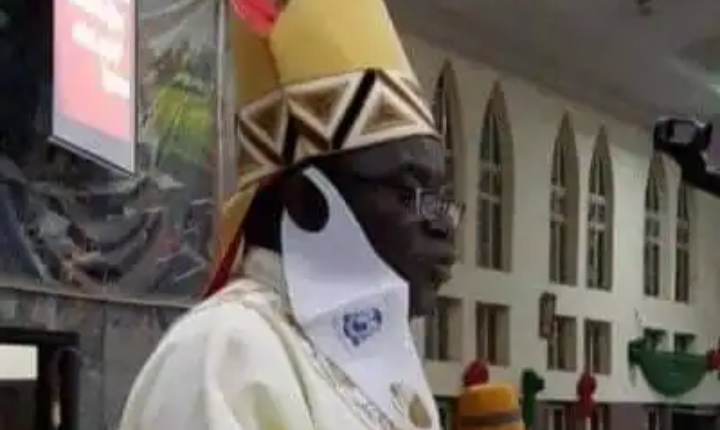 In May 2019, an Islamic cleric, Malam Idris Abdulaziz was arrested by the DSS and detained for criticising President Muhammadu Buhari. He told a newspsper: “I was categorically told that I have been criticising the President in my sermons.”

Even criticising a Governor had recently earned a Sokoto based islamic preacher, Mal. Bello Yabo an arrest and transported all the way to Kaduna to answer queries.

However, I cannot count the number of Christian clerics that have on regular basis, been criticising Predident Muhammadu Buhari, the Islamic faith and the Hausa/Fulani and none is arrested.

Kukah picked to be posted to Sokoto as Bishop for the purpose of showing the world that the headquarters of Islam in West Africa in the 18th century, the Sokoto caliphate, has fallen in to the kitty of Christendom.

Shehu Usman bin Fodio must be turning in his grave that the Madinah (Sokoto city) and indeed, the entire state that is 100 percent Muslim except for aliens, now hosted a Christian diocese whose evangelists roam the villages with naira mints to entice the people to convert.

While he was welcomed in to the city with open arms and even given a traditional title by the Sultan, he shamelessly insults the people, the institution and Islam at any given opportunity.

No doubt that in a democratic setting, any public official, including President Muhammadu Buhari are fair game and open to criticism by citizens, but attacking his faith and his tribe is an attack on all. It should not be condoned.

While Islamic clerics get arrested and are constantly intimidated by authorities for flimsy excuses, the likes of Bishop Kukah walk free, even when he calls for military coup against a democratically elected government and worst, war.

If Kukah cannot be touched because he is a special breed Christian and a Bishop, and the federal government is afraid of reaction from the Vatican, US, EU and CNN, Muslims should rise up and speak out against such discrimination.

Kukah must be arrested and prosecuted for treason, or no Islamic Cleric should ever be arrested again for criticising the government or its leadership.

Iyawa is a former Nigerian Ambassador to Mexico