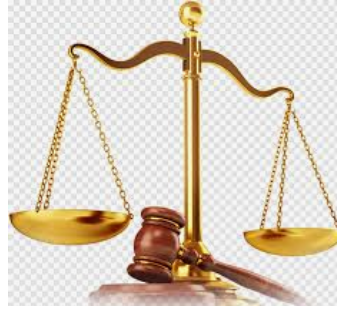 It would have been two days to one hundred days with the appointment of the legitimate district head of Jalingo-Maiha, Maiha local government area of Adamawa state, northeast Nigeria but for the undue delay in the implementation of court order by the state governor.

The Emirate Council recommended and courts approved district head would have been preparing to present his one hundred days stewardship.

Media would have, among other issues, sought to know how he diplomatically deployed strategic skills as a fellow member of the Institute of Business Diplomacy and Financial Management (IBDFM) to have had the ethnocentric jingoists with the allied aliens in conspiracy singing a symphony of destruction for anarchy in the the monarchy hibernated, how he reunited the hitherto seeming scattered rather disintegrated subjects, conditioned by conspiracy to live and believe in mutual suspension and mistrust; how he addressed, squarely too, the Fulani hate propaganda as a theology adopted by the defeated to evangelise; how he engaged the elites and the high-net-worth individuals (HNWI) connected to the district within the state, the country and in diaspora to contribute to the progress and development of the district as a corporate and collective social responsibility and how he contributed to the constructive conversation that addressed kidnapping, banditry and other forms of criminality in the community, from among the unending list of achievements.

The only answer Barr. Mahmud Abubakar Sulaiman, who has not been to Jalingo-Maiha because he has been waiting patiently for 98 days and still counting to have his appointment approved as the district head of Jalingo-Maiha by the state governor, following the Appeal Court determination, as he has been waiting for over two years for similar implementation of the High Court order, would simply say that he did not have a day of the one hundred days to have been counted as stewardship.

The elders cried fault against the ethnocentric mongers, where they argued that, “Fulfulde isn’t a tribe but a language generally spoken in every house in Jalingo-Maiha district and that monarchy must go to those whose ancestors nurtured it, not the allied aliens who could be thinking that being closer to the executive corridors.

The aggrieved youths, disenchanted by the undue absence of the dividends of democracy in their local government area, which they considered as resulting from abandonment by the state government and would have to restrategise for a peace pilgrimage, said that they “have been fasting and have been observing Qunut prayers at individual houses against the forces causing the prolonged delay in the appointment of our district head”.

The Sage explained that the Creator worshiped, has 99 names “tomorrow will be the 99 days delay in the approval of appointment of the district head of Jalingo-Maiha. We shall on the 99th day use the 99 names of Allah SWT to pray against injustice, against the ethnocentric jingoists and against the delay in the implementation of the Appeal Court judgement”.

MAUTECH 2020: A review of Achievements