* What an embarrassment to Adamawa state government! A height of financial indiscipline, disgusting betrayal of trust, leadership irresponsibility before the law - critical thinking group 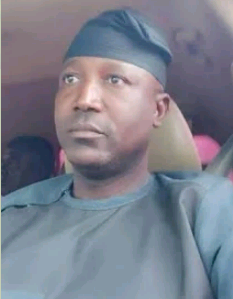 It was disgusting, embarrassing scene at the Criminal Area Court II in Yola, the Adamawa state capital, Northeast Nigeria on Tuesday, when a serving Commissioner in charge of Ministry of Youth and Sports, Hon. Sanusi Faruk and two directors were docked for criminal conspiracy and breach of trust to the tune of N1.728million.

The duo were charged to Court along side the Commissioner for defaulting in payment of over #1.728 million loan obtained by the Commissioner from Staff Compulsory Savings under the office of the SSG of Adamawa State.

Hon. Sanusi Faruk who appeared as the first accused, was said to have approached the Staff Compulsory Savings Office, C/O Secretary to State Government (SSG) Political Department Yola, Adamawa state in October, 2020 and collected #1million “I owe you” with the promise to refund the money in December, 2020 on 20 percent interest totalling #1.728 million.

The two Directors also stood as guarantors in the loan agreement which Hon. Sanusi Faruk defaulted.

The Staff Compulsory Savings, a co-operative was formed by more than 40 civil servants who make monthly contributions and give out loans to individuals, their staff and shares the profit at the end of every year among members.

But Hon. Sanusi was said to have failed to fulfil his own side of the bargain by refunding the principal amount and the accrued interest, which forced members to have a bleak Christmas celebration.

NEWS PLATFORM learnt that since the day the Hon. Commissioner collected the money up to the time the matter was brought to Court, he could nit even refund the principal amount he he was given not to talk of the interest.

Irked by this development, the union decided to approach the court to recover its money.

The Hon. Commissioner and the two Directors were jointly arraigned as 1st, 2nd and 3rd defendants for Criminal Conspiracy and Breached of Trust before Hon. Musa Nuhu Garta led Criminal Court.

Upon appearance in court on Tuesday, the accused (Commissioner and the 2 Directors) did not deny liable of the offence but pleaded with the court to grant them bail.

The presiding Judge, Honourable Garta granted them the bail as prayed with a surety who must be a Serving Commissioner, Permanent Secretary or Director with the sum of #1million for the 3.

But a drama ensued as Hon. Sanusi Faruk, upon hearing the pronouncement of the Judge, he pretended to ease himself during which he hurriedly entered his car and fled the court premises.

The presiding Judge who felt embarrassed by the conduct of the Hon. Commissioner, ordered that the 2 Directors be remanded at the correctional service facility and further adjourned the matter to 12th January, 2021.

The critical thinking group led by Yunusa Abubakar has lamented with dismay the embarrassment, which they said has but exhibited the Commissioner’s betrayal of trust, mortgaging of sureties before the law and financial indiscipline.

“What an embarrassment to Adamawa state government! A height of financial indiscipline, disgusting betrayal of trust and leadership irresponsibility before the law,” the critical thinking group would say.