* Dauda Birma was a great son of the state, a shining example of humility and a source of inspiration for the younger generation - Gov Fintiri 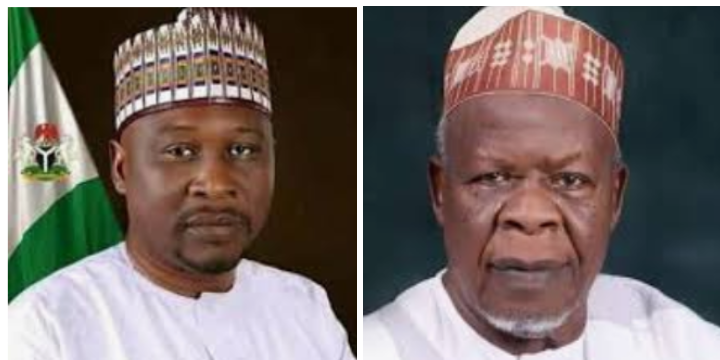 Adamawa State Governor Rt. Hon. Ahmadu Umaru Fintiri has expressed shock and grief over Alhaji Dauda Birma’s transition to great beyond, where he described the former Minister of Education as a shining example of humility and a source of inspiration for the younger generation.

The press release Thursday, issued by the Press Secretary to the Governor, Mr. Humwashi Wonosikou revealed Fintiri’s lament saying, ”
“It was with great sorrow that I received the news of the death of this great son of Adamawa. In the years I knew him, his great wisdom, philanthropy and his dedication to service of the state and nation were an inspiration to me

“The death of Dauda Birma is indeed a tremendous loss to the nation. He made his mark as a politician who nurtured the philosophy of politics without bitterness, a successful businessman and public servant with the gift of oratory”.

Fintiri stated that the demise of the octogenarian marked a glorious exit a life well spent in the service of Allah SWT and humanity.

Commiserating with the family over their loss, Fintiri prayed God to grant them the fortitude to bear the irreparable loss, saying the late elderstatesman would be remembered as an illustrious son of Adamawa State who left a legacy of service and integrity in both the private and public sectors and indeed in the lives of many.

“The demise of your late Patriach has left a vacuum that will be difficult to fill. He left worthy legacies of hard work, love, good neighbourliness, generosity and piety for the entire family members, dedicating his life to the good of others and the development of his community. My prayers are with your family in this trying time,” governor said.

Fintiri noted that Adamawa State was lucky to have “Alhaji Birma and benefited from his wealth of knowledge and wisdom and his impact in various sectors.

“I will not only miss Dauda Birma’s wise counsel but also his person and all he stood for. He passed away at such a critical period when his wise and invaluable counsel was most needed”.