Taraba Where Commissioner Of Health Donates Motorised Borehole To Own Community

* Dr. Vakkai is the Kind Commissioner, Kulda community of Garkida, Adamawa state, in dare need of water intervention will pray to have - Abraham 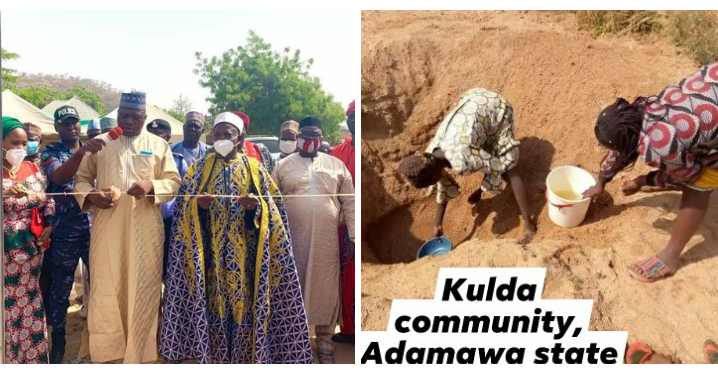 The Honourable Commissioner of Health Taraba State, Dr. Innocent Vakkai has donated a nine taps motorized borehole to his own Kona Garu Community.

Commissioning the project, Dr. Vakkai said it is part of community service as a social responsibility to ease water problem and improve good hygiene to the people of Kona Garu community, especially during the Covid-19 pandemic period where villagers need to adhere with the protocol of washing their hands regularly.

The Kur-Kona His Royal Highness Augustine Njenmang expressed profound gratitude to Commissioner Vakkai with his amiable wife for such a great expectation. 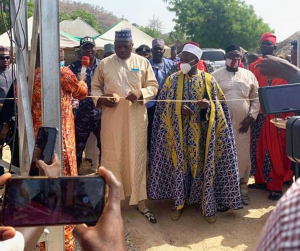 Kur-Kona described Vakkai’s water intervention as the best Christmas gift his community ever received and prayed for more strength to the Commissioner and his entire family.

According to the Commissioner, the same gesture was extended to Jauro Yinu community, which would be commissioned anytime soon.

Abraham Adams, an indigene of Adamawa state lamented that “Dr. Innocent Vakkai is the Kind 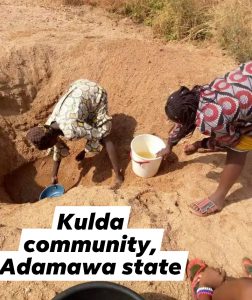 Commissioner, Kulda community near Garkida, Gombi local government Adamawa state, in dare need of water intervention as shared by Dorcas Solomon via her Facebook wall will pray to have,”