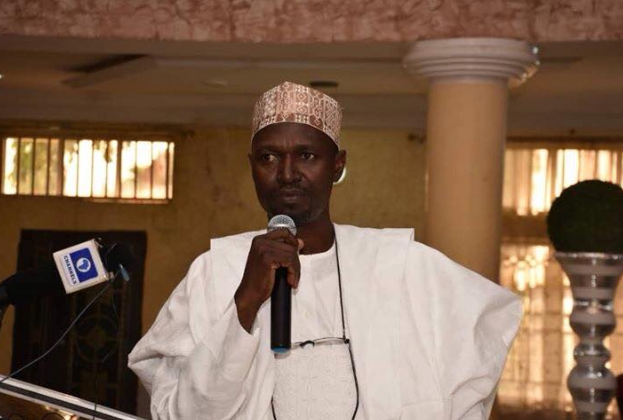 “Sir, some media are peddling libel against you,” some electorates would tell the SSG

“Ignore them. Do not be obstructed. Do not distract them. Libel is their only means of survival,” SSG would respond.

There is the wall of difference between being lousy and being silent – but speak only when necessary – as SSG. The former talk the work while the latter work the talk and leave further explanation to those employed for the purpose; a worthy team player.

Engr Bashiru Ahmad is indeed a remarkable Secretary to the State Government (SSG) in Adamawa state, who has not been found any ethnocentric wanting with and/or professional or occupational misconduct as have been with the previous experiences.

However, the SSG has tolerated some selected media bashings that his silence as he ignored what would have instigated a reaction, earned him commendation, more especially, when the electorates tried to find out whether or not the allegations were but obnoxious fallacy aimed at mischief.

The SSG was said to be misrepresenting his Fulani constituency by ignoring his tribesmen in the scheme of things.

“You can imagine if the SSG should throw away his principle of integrity, his discipline in fairness and justice and his detribalised philosophy, by favouring only the Fulani over and above other tribesmen in the state, how the same media of criticism would join the lamentations, how he would be lambasted and lampooned and how ethnic riots would be sponsored against him, demanding for his resignation and/removal.

“But considering the fact that as SSG he belongs to everybody and and to no single tribe. This he must be commended and the critics be condemned,” Joshua Ayuba would say.

Bashir was said to be breeding dogs of war as political thugs in Jimeta, some of whom were alleged to have been deployed to disperse political gathering of rPDP holding at Dr. Ardo’s house, where vandalisation was reported to have taken place.

The SSG’ GSM line was not going through when the Periscope called to have his side of the story but he eventually responded to the text message. He didn’t know who Dr. Ardo was and had no idea about any meeting held by any political party. He had been out of the country. He had just landed Abuja and had boarded a flight to Yola. He asked the Periscope reporter to meet him at the Yola international airport in an hour’s time.

There was no need for meeting the SSG at the airport. His response sufficed and was duly reported and the response did not instigate rejoinder to falsify the claim against the clearly falsely accused.

“Bashir’s principle is taken as arrogance and his prudence is considered as incompetency by those whose trade in libel and blackmail will not to intimidate and/or have him submit to any bargain for ransom,” Nura Mohammed, a Jimeta based IT consultant, who studied the conspiracy against the SSG would explain.

“They say he’s arrogant, but we know Malam Bashir as no lying, straightforward and generally generous gentleman. He has been putting food on the table of indigent families without begging for publicity,” Hauwa Shehu a resident in Jimeta, Yola north said.

“Those who alleged that Malam Bashir is an incompetent SSG, are generally not civil servants, hence ignorant of the responsibility of the office and the officer who could not act without being directed,” a seasoned civil servant about to retire, who would want to remain anonymous would explain.

Offices burnt as fire breaks out at immigration headquarters