Offices burnt as fire breaks out at immigration headquarters 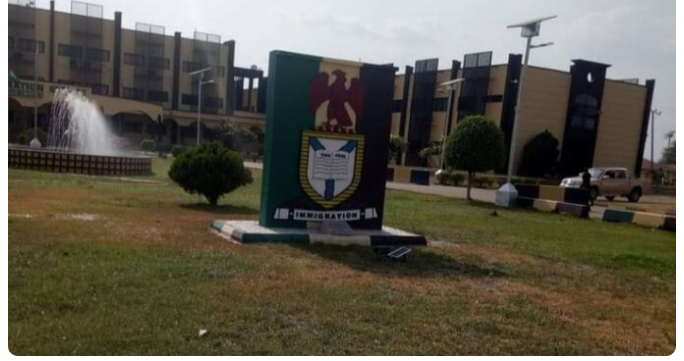 The NIS confirmed the incident in a post on its Twitter handle, saying the incident has been brought under control.

The fire has now been put out, while the NIS says it has launched an investigation into the incident.

“A fire incident occurred in our Service Headquarters this morning. It affected some of our offices,” the tweet reads.

“The fire has been put out by our Federal Fire Station & support from other agencies around the airport. The cause of the fire is being investigated.”

This is the first major fire incident in 2021 involving the headquarters of a government agency.

In 2020, as Nigeria battled the first wave of coronavirus infections, several government buildings were razed by fire.

Some of the buildings affected included the headquarters of the Independent National Electoral Commission (INEC), the Corporate Affairs Commission (CAC), as well as the office of the accountant-general of the federation.

COVID-19: India will be very happy to supply vaccine to Nigeria, says envoy