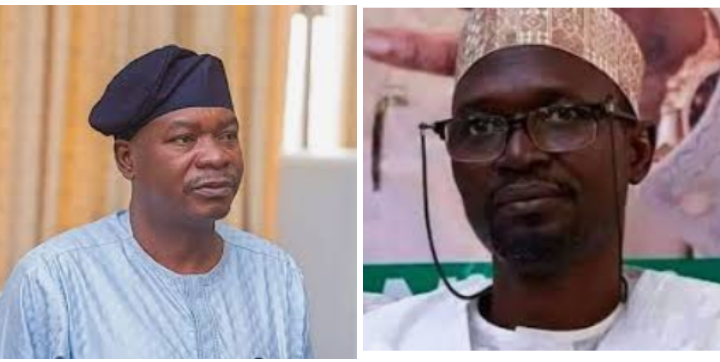 It is laughable reading narcissist, malignant and malicious piece, spitted by some seeming sponsored, group, bereft of decorum and moral sensibility, with some parading themselves as gentlemen of the press, shared via mainly two online media, calling for the removal of the Secretary to the State Government, if Adamawa State Governor would want to return for the second tenure.

The administration is less than two years, yet the uncritical minded are talking about 2023 election, blaming the SSG for the failure they could not get to substantiate, of the government.

If there is the appointed, who ought to be relieved of his assigned responsibility as a result of inefficiency, it should be no other than the Director General, Media and Communication to the Governor whose not only perceived conspiracy of silence suggestive of the support of the mischief and libel against the SSG but also failure to factor in capable and reliable media to promote the activities of his principal.

The online media in question are noted to be antagonistic to the state government. The reason was perceived to be based on the government’s intolerant to their financial demands.

One of the media was said to have suspended the malice against the Adamawa Governor he hitherto accused of failed promises and projects; clearly depicting deception, as a result of the stipend paid to him monthly by the DG Media but shifted the libellous onslaught on the SSG whom the paymaster is apparently not been in good mood with, for unsubstantiated reason.

The the seeming misfit paymaster of the mischievous media ought to have known that an attack on the SSG is invariably an attack on his principal; the Governor.

Suffices to say that the DG Media spends state government’s funds to fund those who libel against the SSG, after having said to have suspended some journalists from enjoying the monthly stipend because of their being critical on the government, considered as being clearly an attack on the governor.

It is not clear why the DG Media should allow such libel against the SSG who would not have tolerated public insult against the former, having nurtured the spirit of teamwork, bearing in mind also that immediately after having been sworn in, the Adamawa state governor appointed both the SSG, Engr Bashir Ahmad and the Director General, Media and Communications, Mr Solomon Kumangar at the same time, on May 30, 2019, sourced from a statement signed by the Permanent Secretary (Administration), Government House, Alhaji Bello Sugu.

With this background, it suffices that the duo ought to work together, defend each other to be able to defend, support and promote their principal, lest he is swept away with the properly tied broom.

However, even the considered more equal journalists are said not to be disenchanted with the way and manner the government represented by the DG Media and Communications manipulate the relationship and this has translated to the poor publicity of the activities of the Fintiri led administration such that the opposition party members seemed to more media favoured.

I wrote a related article three months ago with the title, “Kumangar: Gov Fintiri’s DG communications the worse media aid” where I in part argued that “when media aids to the chief executives are professionally engaged in showcasing activities of their principals for ovation, encomiums and any occasion that calls for commendation, Solomon the drunk Kumangar, Director-General, Media and Communications to Governor Ahmadu Umaru Fintiri of Adamawa state is busy bringing down his Principal as the liquor he is so much addicted to can get to play the demeaning culture”.

Therefore, if there is a government official whose action could eventually translate to a disappointing 2023 election against his principal that the so-called mischievous media promoted ghost group ought to have called on the governor’s attention, it is no other than the DG Media and Communications.

The SSG said to be a man of principle has no issue with the malicious and malignant, rather mischievous media. He is only incompetent because those that accused him as such have failed to “blackmail him for ransom,” as ane piece would render a befitting explanation. Their propaganda apparently failed make the desired public impact against their target.

Fred Oyono is a conflict resolution and persuasive communicator based in Abuja.