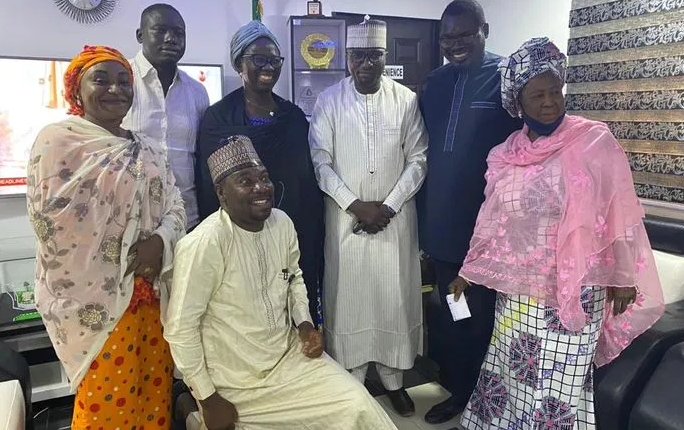 Borno State Governor, Professor Babagana Umara Zulum on Tuesday approved the release of N10m to save the life of Mbahi Sarki Suleiman, a 29-year old 300 level student of geography at the University of Maiduguri, who is in critical need of kidney transplant.

The student hails from Yara in Hawul local government area of southern Borno.

The support came after the student and his mother featured on multiple times on Brekete family, a morning programme in Human Rights Radio in Abuja, hosted by Ahmed Isa, popularly called ‘ordinary President’, with direct appeal to Governor Zulum to save Bitrus. The family sought for N9m being the cost of the transplant as they had a donor in waiting.

On Tuesday, January 12, the family’s appeal was brought to Zulum’s attention by his media team, following which the Governor directed the immediate release of N10m to fund Bitrus’ transplant. Whereas the family needed N9m, Zulum added N1m in case of unforeseen circumstance.

The following day, Wednesday, Saratu Sarki Bitrus, mother of the student, returned to Brekete family programme with her son, and confirmed on air, that she had received bank alert of N10m as directed by governor Zulum and she had already made payments to a hospital in Abuja, which is to undertake the transplant scheduled to hold this week.

Speaking with tears of joy, the patient, Mbahi told audience that it was he who saw the deposit alert of N10m in his mother’s phone.

“Yesterday (Tuesday) my mother gave me her phone to show me a deposit of five thousand naira that someone had made to her account and while I was going through that, I suddenly saw an incoming deposit and it was N10m, I became shocked and showed my mum, we all knelt down in disbelieve and started crying.

“Later on, an aid to the governor called to ask if we had received the alert and we confirmed it. I do not what to say to my Governor, Prof Babagana Umara Zulum. I can only wish that God blesses him and make him greater than he is. Nothing I say can show the extent of what I feel about that intervention to save my life. I currently survive on dialysis until I undergo a transplant,” Mbahi Sarki Suleiman said.

After the family outing on Brekete family, a media aid of governor Zulum met Mbahi, his mother and management of Brekete family at human rights radio in Abuja, to convey Zulum’s well wishes for successful transplant and speedy recovery.

Our correspondent reports that in December 2019, Governor Zulum had directed the Borno State Specialist Hospital in Maiduguri to be offering free dialysis to all patients in the state who were paying so much for weekly dialysis on which citizens with kidney failures survived on.

Governor Zulum had also directed the state ministry of higher education, science and technology, to in collaboration with the state ministry of health, fund a research to find the causes of rampant cases of kidney failures in some parts of Borno. The ministry has placed adverts inviting scientists for the research, with investigations still ongoing.