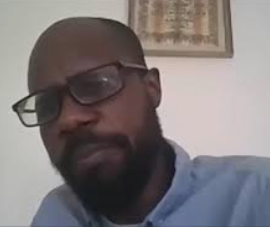 All humans are selfish; politicians everywhere appear more so than most. But when it comes to greed, Nigerian politicians are in a class of their own. And in that class, former governors occupy the front row.

Nothing demonstrates this better than the Pension Rights of Governor and Deputy Governor laws.

This legislation, midwifed and signed into law by many governors towards the end of their terms, pays them and their deputies humongous sums and benefits for life. Such laws, so nakedly self-serving, were passed by 25 states of the federation from 2001 onwards.

To save you the trouble of looking them up elsewhere, they are: Abia, Akwa Ibom, Bauchi, Anambra, Borno, Delta, Ebonyi, Edo, Gombe, Jigawa, Sokoto, Kano, Kebbi, Kogi, Kwara, Imo, Lagos, Niger, Ondo, Osun, Plateau, Ondo, Rivers, Yobe and Zamfara. In most cases, the very same persons that orchestrated and oversaw its promulgation just before leaving office became the first beneficiaries.

Such shamelessly self-serving legislation compounds the illicit rewards of politicians, who spent their terms luxuriating and enriching themselves and cronies.

Take the Kano State version for example. It gives former governors and deputies sums equal to the emolument of their incumbent counterparts.

Further, a former governor is entitled to a furnished six-bedroom house and an office each in a location of their choice, all bills and utilities to be paid from public funds.

It further awards ex-governors two administrative staff and two drivers to be chosen by him and paid by the state government.

The law gives past governors two cars that should be replaced every four years, 30-day annual ‘leave’ (not that the payment is conditional on doing any work) and medical treatment for themselves and their immediate family at home or abroad at the expense of the taxpayer.

Former deputy governors get a four-bedroom house, an office, a car replaceable every quadrennially, two administrative staff and a driver, in addition to payment of bills, annual leave and medical treatment. All this will continue for life.

In Sokoto and Gombe, the enactment estimated the salary of incumbent governors and made the pension in monetary terms. In addition to all the other benefits like houses, cars and staff, former Sokoto and Gombe governors are doled out N200m every four years and their deputies N180 and N100m respectively.

With N50m as the estimated annual emolument of incumbent governors, all past governors go home with the same amount annually, beside other benefits, while their former deputies bank about half that amount or more.

Today, every state has at least four former governors and deputies; some have up to 10. Thus, taxpayers are paying vast bills, which will only grow with each election.

As State Houses of Assembly leaders in states like Kano scramble to add themselves to this list of free money receivers, those in states like Zamfara are already on it as the speaker and deputy speaker are also beneficiaries.

To ensure that they get paid before anyone else, the architects of the law, who are also its beneficiaries, made the payments chargeable to the Consolidated Revenue Fund meaning they would be deducted even before the money leaves Abuja.

This legalised bare-faced thievery is committed at a time states are complaining of being unable to pay a minimum wage of N30,000 and when aged pensioners, who have served us for the best part of their productive lives are paid peanuts in months-long arrears.

The beneficiaries of this official rip-off argue that as the constitution provides for pension for ex-presidents and vice-presidents, they should be awarded pensions too, but that doesn’t even come close to justifying their behaviour.

Even if the constitution did give the legal authority, it provides only for pension payments, not assorted expenses and benefits. And while the law envisages pensioners as senior citizens that don’t earn money elsewhere, many former governors receive these payments while at the same time receiving a salary from the same taxpayers!

From 2015 – 2019, a former governor of my state was paid as a senator and as a former governor while his wife, who had been a member of the House of Representatives for eight years, was being paid as a minister having been appointed by President Buhari. This sounds like Nigeria works only for a tiny few.

Thankfully, some governors have recently started seeing this colossal legal swindle for what it is.

The governor of Lagos State told the state legislature in his 2021 Budget presentation that he wants them to repeal the law from this year to “cut the cost of governance” while Imo State has already abolished it.

Similarly, the Zamfara State Assembly scrapped it in November 2019 in the wake of a controversy generated by his predecessor who wrote to request his N10m ‘unpaid monthly upkeep.’

Some say this step was taken by the current governors to settle a political score against their predecessors. If this is the case, I pray that the relationship between every governor and his predecessor may deteriorate. Any association that diverts Nigerians’ scarce resources to the pockets of a few is a conspiracy that should be disrupted, if not by humans, by divine intervention.

Doling former governors and deputies humungous sums and other benefits in the name of pension in a poverty-stricken country like ours is beyond reprehensible. It is bare-faced thievery in legal disguise; it’s robbery without arms: a fraud on the taxpayer that must be stopped. Every single Nigerian has a moral duty to call for an end to this massive scam. I so do.