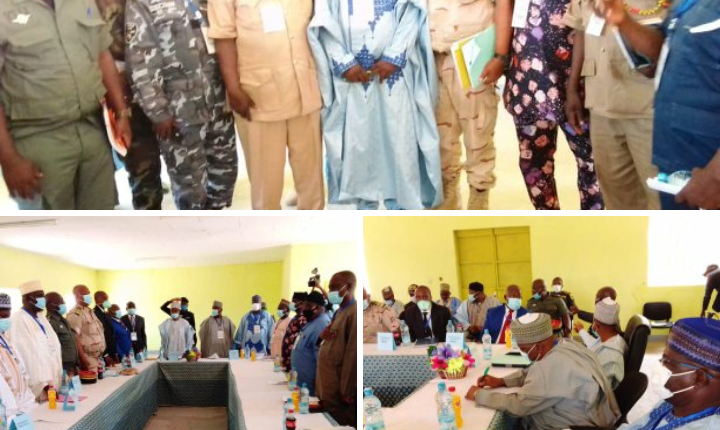 The Chairman was in company of the commissioner of local government and chieftaincy affairs, Hon Mohammed Umar Madagali, member representing Mayo-Balwa who is the chairman house committee on security, Hon Ibrahim Italiya and other top government officials constituting the Nigeria envoy. 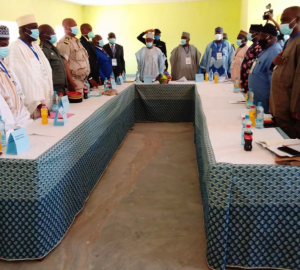 Dr. Idi expressed his sincerest gratitude to his Excellency the Governor of Adamawa State, Rt. Hon. Ahmadu Umaru Fintiri who is deeply concerned with the security of lives and properties of people of Adamawa state and boarder areas of Nigeria and Cameroon Republic.

Dr. Idi extended his appreciation to the people of Cameroon for honouring the invitation given to them on 27th June, 2020 to attend the maiden meeting held in Maiha local government.

The Chairman said, “it is with great joy and excitement to have this historic security committee meeting in Basheo, Cameroon Republic. It gives me a great pleasure and privilege to express my most sincere gratitude to almighty God for the unique opportunity to stand before this joint security committee of Maiha local government and border areas of Republic of Cameroon today, being Saturday, 16th January, 2021”. 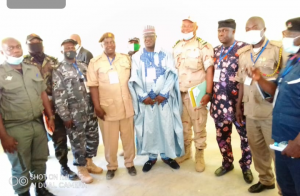 During the last meeting held at Maiha, the joint security meeting has made some resolutions and some achievements are recommended that effect.

a. Establishment of operational camp at Wuro-ladde to accommodate at least 100 men of joint forces that cut across vigilante’s, Hunters and Fulani Association which would be supervised by the security agencies

b. The Local Government has established a layout camp as earlier discussed in the last security meeting held in Maiha local government, Adamawa State Nigeria.

Dr. Idi Aminu brief His Excellency Rt. Hon. Ahmadu Umaru Fintiri and the Local Government Affairs. He is expecting the final approval for the camp, which would be controlled by security personnel.

Maiha Local Government at its part, has organized joint patrol, which consists of the Military, Police, and other security agencies. .

The State, through the local Government, has made it possible by deploying local security groups like vigilantes, Hunters and Fulani Miyetti Allah for community policing; about fifty personnel have so far received training and are doing impressive job in the patrol at the border communities;

1. Provision of vehicles and other logistics to security agencies: The Local Government used to hire vehicles and motorcycles, with the
help of Nigerian Army vehicle to patrol the border communities prior to the state and local government support.

2. Multi-National Border Patrol: The matter has been forwarded to the appropriate authority for approval.

3. Sharing of Information across the border by security operations and traditional leaders: The Local Government and Cameroon border communities have a good rapport, especially in the aspect of sharing relevant information that are related to promoting security, which the Cameroonian security agencies have been
handing over some Nigerians arrested for grievous crime related offences in Cameroon Republic for appropriate disciplinary action and vice versa.

4. Establishments of Peace Community Committee: The peace committee is already in existence and its involves the district heads, village heads, wards head, with community leaders, elites of both borders areas who are negotiating from time to time when the need arise. 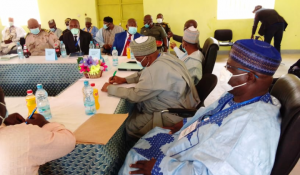 1. The issue of transborder banditry activities have drastically reduced to minimal level

2. Cordial relationship between the two border communities has been increased with an improved security in the areas.

3. Following such a laudable initiative; the Chairman Maiha local government was conferred with the award of Excellence on Peace as; “The 2020 Best Local Government Chairman Of The Year By The “Ambassadors Of Peace Of Nigeria.