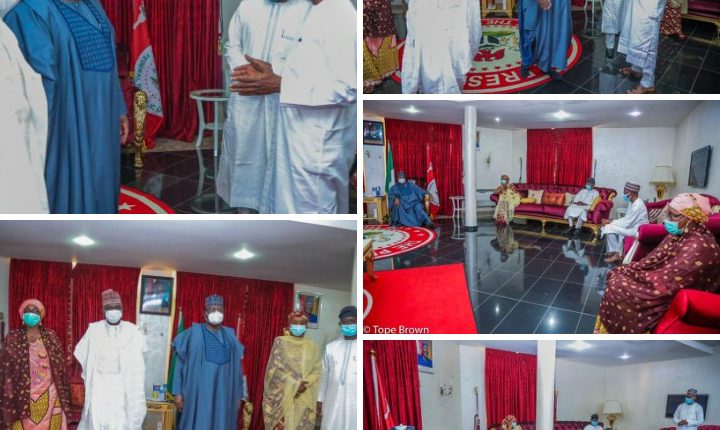 The delegation of the management of Modibbo Adama University, MAU Yola, led by the Vice Chancellor, Prof. Abdullahi Liman Tukur, has paid a thank you visit to the leadership of the National Assembly for their contribution to the conversation of the hitherto university of technology to a conventional university with a view to introducing other sciences, management and humanity disciplines.

The press statement Wednesday, issued by the information and protocol officer of the institution revealed that, the VC particularly thanked the Senate President, Ahmed Lawan for the crucial role he played in the actualisation of the conversion of the institution from strictly science and technology driven to a broad based conventional learning destination for communities within its catchment area.

Prof Tukur also recognised the input of the Senator representing Adamawa central, Sen. Aishatu Dahiru Ahmed Binani who sponsored the bill for the conversion even as she galvanised support of lawmakers for the bill to be passed

Senate President Ahmed Lawan observed that the the conversion of the institution was a win for not just the North East but for the education sector in general as it would present the avenue for studies in diverse areas of learning and research.

The management staff of MAU on the list of the delegates include the Deputy Vice-Chanellor Administration, Prof Muhammad Inuwa Ja’afaru and Registrar, Haj Halima M Bala

Sen. Binos Dauda Yaroe and Hon Yusuf Buba were in attendance at the visit