* Covid-19: Suspend NIN enrolment process, it's not an emergency - NMA 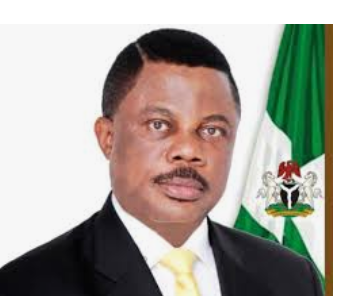 – Royal Ambassador’s Schools was closed down on Thursday, January 21, for violating the government’s directive on COVID-19

– The state ministry of basic education said the school resumed academic activities on January 18, contrary to the February 1, resumption order by the government

For violating its directives mandating students and pupils to remain at home till February 1, 2021, over the hike cases of COVID-19, the Anambra state government has closed and withdrew the approval of the Royal Ambassador’s Schools in Onitsha.

Vanguard reports that the government had earlier issued a statement allowing only proprietors and teachers to resume and take two weeks from January 18, 2021, to put all the COVID-19 protocols in place, while students and pupils should resume on February 21.

In a letter from the state ministry of basic education, the permanent secretary, Christy Obiano said students and pupils of the schools were seen without face masks, on January 18, receiving lessons against the government’s directives.

The ministry viewed the schools’ fragrant disobedience to the government’s directives as endangering the lives of the children and not serving the best interest of education in the State.

Obiano, however, advised parents to withdraw their children from the schools which remain closed.

The Nigerian Medical Association (NMA) and other medical groups have earlier advised the federal government to review its position on the resumption of all public and private schools across Nigeria.

The president of NMA, Prof. Innocent Ujah, said on Wednesday, January 20, that there would be an increase in COVID-19 infections as schools reopened amid the second wave of the coronavirus pandemic.

The NMA president said though schools would not be closed forever, there was the need for school administrators to enforce all COVID-19 protocols outlined by the Nigeria Centre for Disease Control (NCDC) to forestall the spread of the infection.

Governor Fintiri mourns Gambo Jimeta, Says He Exemplified The Best Of Law Enforcement In Our Country